Moro says he didn’t ‘give up anything’; ACM Neto says he will ask for disaffiliation of the former minister of the Union Brazil 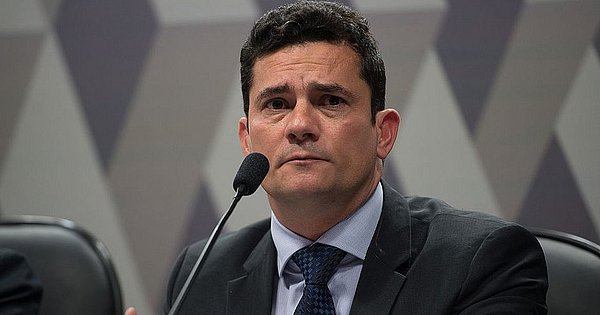 The secretary general of União Brasil, ACM Neto, and the governor of Goiás, Ronaldo Caiado (União), responded to former minister Sérgio Moro (União) and said that they will ask for his disaffiliation from the party if he does not give up being a candidate for president. “If he is going to join to run for president, we will ask for his affiliation to be challenged now,” Caiado told Estadão. ACM Neto declared that the request for the ex-minister’s disaffiliation will be presented this Friday, 1st. “We will present, even today, an application to challenge his affiliation. It will be signed by the 8 members with the right to vote in the party, which corresponds to 49% of the collegiate. The affiliation, once contested, requires 60% to be valid” , he said. The statements come less than an hour after Moro announced that he “has not given up on anything” and that he will not be a candidate for federal deputy. “I didn’t give up on anything, on the contrary, much less on my dream of changing Brazil”, declared the former Lava Jato judge. After having joined Podemos in November last year to be a candidate for the Palácio do Planalto, Moro changed his party to União Brasil on Thursday, 31. The new party is the result of the merger of the DEM with the PSL. Moro’s affiliation was negotiated with the wing from the PSL, such as the president of União Brasil, Luciano Bivar, and deputy Júnior Bozzella, who manages the acronym in São Paulo. However, the wing of the party that came from the DEM only accepted Moro’s membership on the condition that he ceased to be presidential. The assessment is that having the former minister as a candidate for the Plateau would hinder the election for governors, senators and deputies. Caiado, in Goiás, and the secretary general of the Union, ACM Neto, in Bahia, are pre-candidates for governors and want to leave the presidential platform open. They fear that the link with Moro will jeopardize their future candidacies. In Bahia, former president Luiz Inácio Lula da Silva (PT) is very strong. In addition, Neto has a close alliance with the PDT, of Ciro Gomes, presidential candidate who criticizes Moro. In Goiás, on the other hand, it is a rural state where Bolsonarism is very present.

See also  Mandalorian season 3- what we hope to see happen
Share
Facebook
Twitter
Pinterest
WhatsApp
Previous articleThe Lidl prepared dish recommended by dieticians: "They hardly have any sugar"
Next articleGitLab vulnerability allows attackers to take control of user accounts
suddz
Sudeshna is an engineering in making but has is keen towards writing blogs, news articles, product reviews and more. You would find her making use of the pen and paper in her free time.
RELATED ARTICLES
Entertainment