Whoever waited so long for Monster Hunter: World certainly waited for Monster Hunter Rise, right?…right? Well, after a considerable amount of time on the Switch, the latest version of Capcom's monster hunting game is available via Steam starting at R$179.90 .

For those who didn't follow the release of Rise on Nintendo Switch, it is equally an "evolution" of the mechanics of Monster Hunter: World while at the same time bringing back some elements that can be considered classics. The map has fewer monsters than Monster Hunter: World, but the loading screens between map areas are gone for good.

Another interesting addition is the “Wirebug” — which allows you to move more quickly around the map, control prey for a limited period, dodge attacks and other specific abilities. He in my view is one of the pillars that differentiates Monster Hunter Rise from Monster Hunter: World.

As is to be expected from Capcom, the PC version supports ultrawide monitors and 4K resolutions, better textures compared to the Switch version, and all the content released so far for the game.

It's also worth remembering that the "Sunbreak" expansion is scheduled to come out this year, hopefully with less time difference between the PC and Switch versions. Many players complained about the "lack of content" in Rise's release. But, considering the enormous amount of time it took me to complete the base content of Monster Hunter World, I think the amount will be good enough for me.

Previous post Yuan Pay Group Review: Is It a Scam or Not? 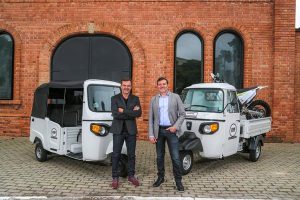