An event without ‘Meme’; Do we even count that as an Event? I do not beg to differ. The Met Gala has been swinging around all this while and with the Internet screaming so much over, it’s time to have a glimpse of memes that we have.

Met Gala 2021 was a huge success, with celebs in their fancy clothing. How could people miss a golden opportunity like this to not create Met Gala Memes?

Trust me, these memes are hilarious and you will agree with me too.

We can’t really miss speaking about Kim Kardashian and her outfit, right? Here you go!

Not only did the 40-year-old gracefully handled her black outfit but there was so much to talk about the covid-protected outfit. Let’s see a couple that actually made the Internet go crazy.

Kardashian and memes go hand in hand, her image from Met Gala 2021 saw a comparison with several fiction characters.

The next one will leave you in splits.

One of the tweets read, “Kim Kardashian killing it at the Met Gala”

Someone compared her to ”dementor” and said, “Lmao out here looking like a dementor”

And how could Anime fans be behind the wheels and keep mum about this look of her? Well, as you can see below.

I have no clue what Kim Kardashian is doing but I’m really enjoying my time at the Met Gala pic.twitter.com/lmxLsZZo06

Pokemon and Kim’s comparison, now that is what we call a ”M.E.M.E”

Brb, I am rolling on the floor looking at this one. “LMFAOOOO Halloween came a bit too early for them”, it reads.

LMFAOOOO Halloween came a bit too early for them #MetGala #KimKardashian pic.twitter.com/IKLgkdq8Ev

Someone said that out loud, “I love when the #MetGala happens because the memes are phenomenal”

I love when the #MetGala happens because the memes are phenomenal pic.twitter.com/YHiwZQbRqI

Kendall Jenner was in the limelight for a lot of reasons but here are some of the memes that she brought on herself.

Looks like Kendall had a faceoff with Kim in the below meme.

“What I want my wardrobe to be vs. What I wear”, the meme read.

What I want my wardrobe to be vs. What I wear

Another one for Kendall.

Some More of the Punches!

Looks like the Met Gala is an open invite for ”MEMES”.

Someone got ready for the Met Gala.

The Met Gala is back after two years, and the memes are in.https://t.co/H2uELIsmMy

Then there were blends,

Other: appreciating the looks of the celebs
Me: making and waiting for memes#MetGala #MetGala2021 #MetGalameme pic.twitter.com/XmZhmPW5cB

As we saw it, well, we have thousands more. Clearly, it’s Meme that really blew us away and obviously, people are going crazy.

What do you think and which one do like best? Let us know! 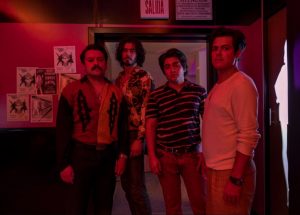 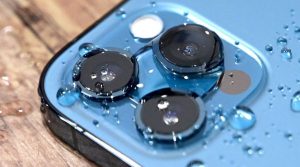 Next post iPhone 13 ProRes Feature: Everything You Need To Know
Admin