the national deputy Maria Eugenia Vidal She said tonight on the LN+ screen that she has a vocation to be president, but that is not what moves her the most today. “You have to learn from the mistakes you made. Success is an impostor. The defeat gave me much more than the victory. One has to learn that. That you never know everything you need, that alternation is good and power is not forever”, he indicated, in dialogue with José Del Rio. Vidal referred to the elections after Mauricio Macri, on La Cornisa, put her on the candidates’ podium. “I do not believe that any Argentine goes to sleep worried about who is going to be the candidate of Together for Change. The important thing is the plan and the program that we will have to solve the problems of Argentina”, he synthesized. Regarding the assassination attempt against Cristina Kirchner, he described it as a “very serious fact that has to be settled with an independent justice”. But he raised his objections: “We have had many episodes of threats with Mauricio. But we denounced the Justice and went back to work. We don’t blame anyone. We accept the situation. Politicizing a serious event like what happened with the vice president is a setback”He also spoke of the vice president’s call for dialogue: “Two things are required. One of them is attitude, to give in ideas, to reach a common agreement. Kirchnerism did not have that attitude and does not have it. In second place, we get together to talk for what. To agree on what issues. He has no specific agenda. What is the program or plan to combat the problems? It is an improvised government”he affirmed. And he added: “It can’t just be a photo either because we would once again frustrate the vast majority of Argentines that politicians are part of a caste that doesn’t solve their problems. We have to deal with people’s inconveniences. But from the Executive Branch they seem not to have that idea.“People find it hard to make ends meet. For the first time, someone who works in Argentina may be poor. Today there is much more insecurity due to crime, that of not making ends meet, of not having a job and of seeing how retirement is increasingly enough for less. These decisions have been happening to Argentines for months, ”he analyzed about the economy. And he criticized: “And from the Government, these questions or proposals are not asked. They focus on whether he called Macri, whether the fence of Cristina’s house, whether the trial. It has nothing to do with what happens to people.”, he stated in Business Community. During the last stages of the interview, he pointed against the Buenos Aires governor Axel Kicillof: “He never admits his mistakes. It is typical of Kirchnerism to always look for a culprit. But the reality is that it is the place where there is more demand, where there is more lack of the State but in a good way. Not in the verse that they put us in for years. A present State is that the drug trafficker does not take your son, that the boys can go to a public school and with their degree get a job, that if you have a Covid pandemic they do not send you to a basic unit. The story is over”. 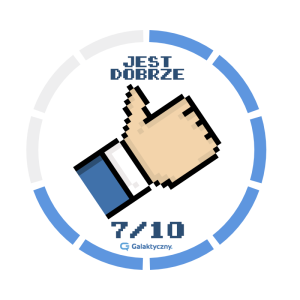 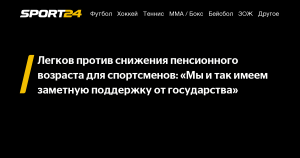 Next post Legkov is against lowering the retirement age for athletes: “We already have significant support from the state”
Omi