When I first laid eyes on “Power to The People” I thought, oops, yet another game about running a city or region under a communist/socialist state. Although this is not the reality, the game by Hermes Interactive scheduled for February 8 on Steam still comes with a somewhat interesting proposal.

Part management, part construction and part automation, you must manage the entire electrical system of a city that is constantly growing. This means choosing which type of energy generation best fits the city, which paths to take – whether they will be more sustainable or not –, redirecting electricity to regions that consume more energy than others without a blackout and exploring new technologies with the technology tree.

The initial version is made up of 14 missions in campaign mode, a sandbox mode and weekly challenges. And, of course, my favorite, leaderboards.

My memory may be failing, but I don't remember a game that gave such importance to electricity as “Power to the People”. Sure, we have games like Cities: Skylines where the element is essential to the city, but it's one of those systems created by the team at Colossal Order that's just there to fill in the gaps.

May more games like “Power to the People” appear in 2022 to show the plurality of the management genre.

See also  Google May Have its Fall Event on October 5: Pixel Not Expected

Previous post PSO2: New Genesis will have a maximum level increase on February 9 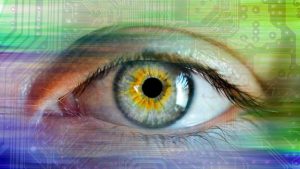