Mamardashvili and ten more against Athletic 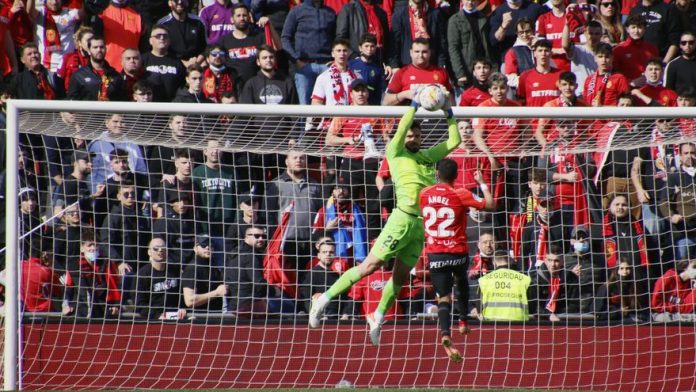 Is there anything better than a penalty shootout? That series of shots with exhausted players, pale faces from the responsibility of throwing their team on your shoulders, in an art that you cannot train. Penalties are a sign of greatness, with a flavor of history. The walk to the ball, the only moment where the spotlights rest on a single footballer, analyzed as a tennis player in the fifth set. The most epic ending possible. “The Nash Penalty” is also my all-time favorite documentary. A 20-minute Robinson Report where economist Nacho Palacios-Huerta talks about how to apply John Nash’s game theory to shots from eleven meters in order to predict where each footballer will shoot. The episode was released in June 2014, but it didn’t reach its peak of fame until a month later. In the 119th minute of the Netherlands-Costa Rica World Cup quarterfinals, Louis Van Gaal surprised the entire football universe by substituting Jasper Cillessen for Tim Krul. Tottenham’s substitute goalkeeper was a six-foot-tall hulk with a memorized report by heart on every possible Costa Rican shooter in the upcoming penalty shootout. Krul guessed the trajectory of the four penalties that were thrown at him, stopped two and put his team in the semis and that Robinson Report ‘was ahead’ of reality. Thomas Tuchel, manager of Chelsea, decided to copy the strategy last weekend: Kepa was brought on by his starting goalkeeper Edouard Mendy, for the penalty shootout, although with a worse result for Nash and his theory. All field players scored, leaving the shootout 10-10 and the turn for the goalkeepers. The one from Liverpool scored, while the Spanish goalkeeper sent his to the stands. He entered for the penalty shootout, they scored eleven goals and he missed his shot. Round evening. Tuchel acknowledged that the fault is his and he is partially right. Chelsea do not have a clear hierarchy in goal after the Basque’s good performances while Mendy won the African Cup in January. Bringing in Kepa was also a decision driven by meritocracy.

See also  An argument with her partner, a note and an absence: the mysterious disappearance of Juana Canal in Madrid

That instability is one of the worst problems a coach can face. Either you play or you stay out, there is no small prize. In that game, Bordalás successfully decided to bet everything on youth… and the bet seems to pay off. Seating Jaume in Bilbao was a risk for the group dynamics without the assurance that Mamardashvili would outperform him. After all, he didn’t come here for this. But the bet on the Georgian when he seemed secondary has paid off. Valencia now arrives with their goal assured for the most important game of the season despite the lack of continuity of their three goalkeepers. No matter what happens in Mestalla this Wednesday, nobody imagines Bordalás “doing a Van Gaal.” Giorgi and ten more play, a decision that was not clear at the time but that has been shown to be correct. With Mamardashvili at the level of Mallorca, Valencia is one step closer to that long-awaited final.