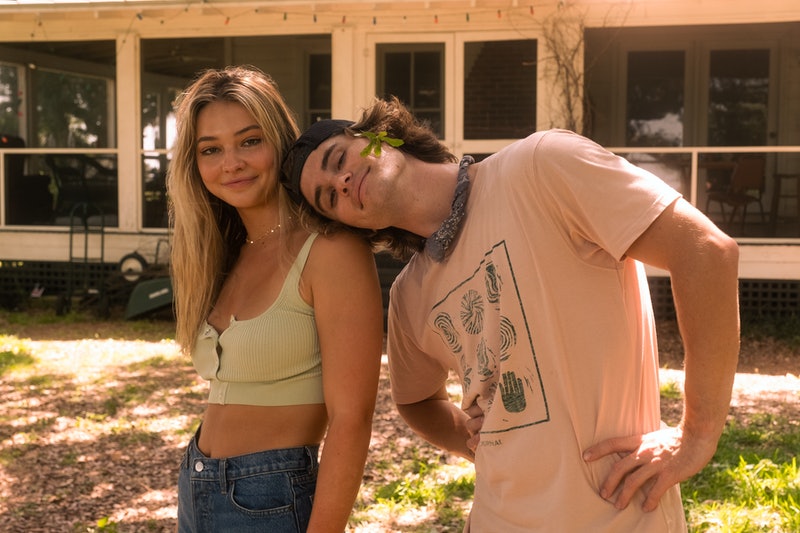 2021 was a challenging year for celebrity breakups, and Outer Banks fans were particularly saddened when news broke that Madelyn Cline and Chase Stokes had split. However, a photo and a rumour circulating online imply that the actors are back together, or perhaps they have never separated.

The two play Sarah Cameron and John B, respectively, characters who also love each other in the Outer Banks. The series has won fans over since its debut on Netflix in 2020, primarily as Madelyn Cline and Chase Stokes were a beloved couple on social media.

At the beginning of November, however, the news arrived, from an insider who spoke to People, that the two had left, after several clues that had followed one another on social networks. However, thanks to the gossip account Deux Moi, we have discovered that Chase Stokes and Madelyn Cline have been spotted together recently, and it appears that the two are back together.

Someone sent an anonymous tip to the profile, saying that the Outer Banks stars had been spotted together in Atlanta, Georgia. The gossip page then wrote: “Yes, they are back.” We need to take the news with a grain of salt at the moment. While @deuxmoi’s claims have certainly proved true in the past, think of You actors Victoria Pedretti and Dylan Arnold, we don’t know if the Outer Banks performers are still together.

Are Madelyn Cline And Chase Stokes Back Together? Here’s The Evidence

However, there is also photographic evidence online that Madelyn Cline and Chase Stokes were out and about in Atlanta. A fan shared a photo on Twitter on November 28 with the couple. Also, online is shooting a video of the duo walking behind a DJ console.

We stand at attention for any information regarding Madelyn Cline and Chase Stokes, hoping they are indeed back together. Meanwhile, we are also waiting for a renewal of Outer Banks for a third season, which at the moment, Netflix is slow to communicate.

Finally, we remind you that the actress got her first film role in Knives Out 2, shooting in Greece. Instead, Chase Stokes, meanwhile, is working on the new Amazon Prime, Tell Me Your Secrets series.