You know that on Fridays, sometimes, we use movies and series of all time, to talk about today. Of the economy and corruption. Today we are going to use a teaser of a series that Jorge Lanata was going to be for Netflix. It was called Greed. And he promised a lot: We still don’t know what happened to the series. If we know that, in effect, what Greed tells – that Cristina wanted him to be not part of the problem, but of the solution – was what José López confessed before the judges , in October 2018, at the because of the notebooks of corruption.It is very pertinent to remember it now that there is Latest information on the oral and public trial of Vialidadand also about the acts of corruption and violence that Milagro Sala carried out. You know. Milagro Sala traveled to the Vatican to launder corruption money. He used his collaborators as mules. The statement of the repentant Mirta Guerrero, alias Shakira, broke a new dam of silence. And it is that today, another of her almost slaves, Patricia Jaldín, has just declared that she also, Milagro Sala, gave her 10 thousand dollars to get of the country, when they went to meet Pope Francis.Luis Paz, Milagro Sala’s lawyer, and Sala behind himDiario ContextoBut there is more information for this newsletter.Because today, also, the prosecutor Diego Luciani, affirmed that Báez’s will proves that he did not manage his wealth, but rather that Néstor and Cristina Kirchner controlled it.We, at the time, inform you. And we wonder the same as the prosecutor. The clause that says that for 30 years neither the wife nor the heirs of Lázaro will be able to dispose of his fortune seemed very strange to us. And this also coincides with what was leaked at some point from the mouth of Lázaro himself, then a , in conversation with his partner of the moment. It was in June 2019. Luciani also exhibited new message crosses today showing that Lázaro had an exclusive advance payment channel. And that Cristina and Máximo were aware of all the details, and that José Francisco López was the one who kept them informed.Luciani cited the testimony of Leonardo Fariña, when he said that Cristina had sent for Lázaro, because sources from the United States embassy had told the then president that her partner was laundering money. sending it abroad. In addition, he showed the records of the entrances and exits of Báez to the Olivos villa. When we asked ourselves why Cristina, who as far as we know had not stood up for anyone, if she had done it for Milagro Sala, one of the answers possible is: because they are the two sides of the same coin. Let’s see.Cristina is accused of having taken 3 billion dollars from the State to pay for the works awarded to Lázaro Báez.You know:Milagro Sala is accused of having kept nearly 190 million dollars, for having left without building more than 180 homes that were part of a plan that he had promised to carry out. As we showed you on the Cornisa in 2016, this was Milagro Sala’s M money route.It is not too different from those made by Hebe de Bonafini and Sergio Shocklender and that appears in the cause called Shared Dreams. That is why it is not strange that Hebe de Bonafini calls to prepare a pueblada.Because if the boss falls, as in the game of dominoes, they can all begin to fall.

See also  Night Teeth 2: When Is It Coming Out? 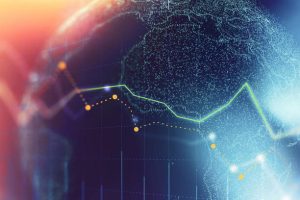 Next post Top 6 Crucial Trading Tips To Get Started
Omi