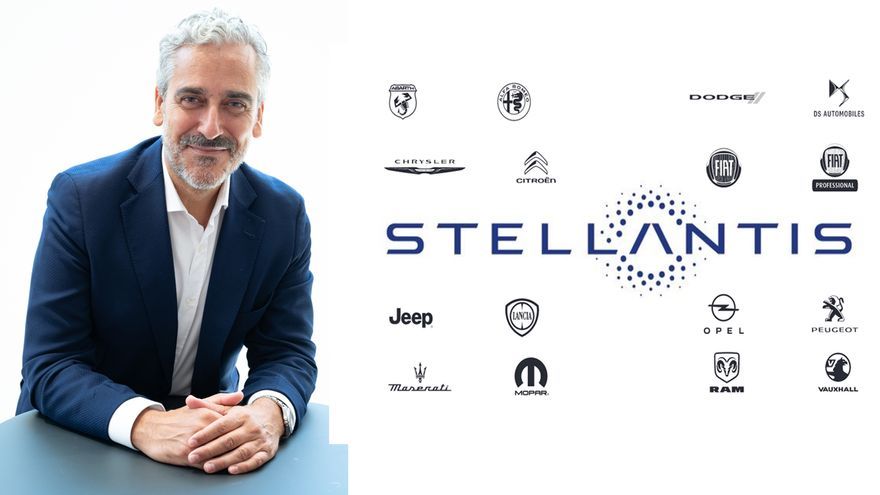 The Stellantis group presented net positive results last week in an environment of crisis and difficulties associated with the lack of components and the irregular behavior of the market. We chatted with José Antonio León Capitán, director of communication and institutional relations for the Stellantis group in Spain, about the current situation in the sector and future proposals.

– A year and a half has passed since Stellantis was born on January 16, 2021. At what point is the company in Spain?

– During this year and a half since its birth, Stellantis has established itself as the leader of the total Spanish market, a leadership that it obtained in 2021 and that it has revalidated in the first half of this year, with more than 105,800 registrations and a market share of 22.8 %. In addition, Stellantis also leads the electrified market (100% electric + plug-in hybrids) in Spain. Some results obtained thanks to the success of the brands that operate in Spain, Abarth, Alfa Romeo, Citroën, DS Automobiles, Fiat, Jeep, Maserati, Opel and Peugeot. During this time, the diversity, not only of brands, but also of cultures and people that make up Stellantis, has proven to be a key element for the success of the creation of the Group and the results obtained.

– At an industrial level, what role does Spain play in the group and what are our strengths?

– Spain is important for Stellantis and the Group is important for Spain. We have three production plants in our country: Madrid, Vigo and Zaragoza, which lead car manufacturing in Spain, with 42.7% of total production, in 2021. Stellantis currently produces 16 models in Spain, 12 of them with 100% electric version. The recent announcement of the exclusive production of the Citroën C4 X and ë-C4 X in Madrid, and the New Fiat e-Doblò and Doblò in Vigo, is further proof of the Group’s commitment to our country. In addition, Stellantis is the only manufacturer that produces 100% electric passenger cars in its three Spanish plants: the Citroën ë-C4 and ë-C4 X in Madrid, the Opel Corsa-e in Zaragoza and the Peugeot e-2008 in Vigo. This leadership is the result of the manufacturing quality of the models, the competitiveness and productivity of the plants; and the know-how and commitment of the thousands of employees who work in them.

– Ford and the Volkswagen group have presented programs to PERTE, you too. What can it represent for the company that they are approved?

– Indeed, Stellantis has presented to the Electric and Connected Vehicle PERTE two projects with investments of 266 million euros: the TESIS Project, championed by the Zaragoza plant, and the Aries Project, jointly supported by the Vigo and Madrid centers. Its approval would allow us to strengthen our leadership in the short term in the development of electrification and connectivity in the automotive sector in our country and, in the specific case of Zaragoza, it could allow the launch of new models with 100% electric versions.

– At what point is the road to electrification in Spain?

– Electrification is still moving slowly in our country. Although the product is already on the market and, for example, Stellantis demonstrates its commitment by already marketing in Spain more than 40 electrified models (100% electric and plug-in hybrids), of all sizes and types, however, 100% electric vehicles they only accounted for 3.5% of the Spanish passenger car market in the first half of the year. According to the latest ANFAC electromobility barometer, there are only 14,244 recharging points in Spain, a figure that is still far from the 45,000 that we consider necessary this year to meet European objectives. And less than 15% of the public access recharging infrastructure corresponds to charging with power greater than 22 kW. The development of infrastructures is, therefore, essential for this type of vehicle to become widespread in our country.

– The group’s brands are leaders, but don’t they need to deepen the range a little more?

– Diversity is one of the great riches of Stellantis; a true constellation of iconic brands that not only build on their historical heritage, but never stop moving forward and looking to the future. Through them, the Group offers a wide range of models that cover all market segments. Vehicles that stand out for their design, their performance, their comfort and that allow you to continue enjoying the pleasure of getting behind the wheel. And that they are constantly evolving, with new proposals for products and associated services. Our focus is on the client. We work every day to make clean, connected, affordable and safe freedom of mobility available to everyone.

– The group has been working for a long time on electric and hybrid models, at what point is it in the development of these technologies or other alternatives?

– Electrification is a priority for Stellantis. The group announced last year an investment of more than 30,000 million euros in electrification and software until 2025, which will allow the production of vehicles with autonomy between 500 and 800 km, and faster charging, thanks to four new flexible platforms. With the commitment of the strategic plan “Dare Forward 2030”, presented by our CEO Carlos Tavares, electrification is going full speed at Stellantis. The Group is setting the course to sell only 100% electric passenger cars in Europe in 2030 and with more than 75 BEVs expected on the market by that date. It will also adopt new technologies to offer clean mobility, for example by expanding hydrogen fuel cell technology. In fact, Stellantis is the first manufacturer to put light commercial vehicles with this technology on the road. In addition, in its aim to lead the way the world moves, Stellantis continues to move towards being a sustainable mobility tech company, deepening digitalization in all phases, including online sales. The recent Stellantis Startup Awards have once again demonstrated the Group’s commitment to adopting cutting-edge ideas and customer-centric innovations.

– How do you see the instability of the market? Pandemic, chips, war… is there a way out? Do you think the market will recover this year, or will we have to wait until mid-2023?

– Making a forecast is not easy. In any case, at Stellantis we will continue to work every day focused on the client, to always give them the best possible response, despite the difficulties. The results, despite this complicated context, support us.

– Do you think that the Korean brands and now the Chinese have gained ground in this electrification thing?

– I do not think it is like that. And the results of the first half of 2022 prove it, which is the important thing. In the market for 100% electric vehicles in Europe, Stellantis occupies the second position in the ranking with 40,000 more sales than Tesla and, for example, Fiat 500e is the leader in Germany and Italy and podium in Europe; Peugeot e-208 is the leader in France, Citroën ë-C4 is on the podium in C-Hatch in Europe, Opel Mokka-e is on the podium in B-SUV in Europe, and the range of commercial vehicles is the leader in Europe with 50% of market share. If we go to the plug-in hybrid market, Jeep Wrangler is the leader in the USA, Peugeot 3008 is the leader in France and podium in Europe, and Jeep Compass is the leader in Italy, for example. In Spain, Stellantis is the leader in both the 100% electric vehicle market and the plug-in hybrid market, with a 25.7% market share in the sum of both, during the first half of the year. In other words, one out of every four electrified vehicles sold in Spain in this period belonged to one of the Stellantis brands. And DS Automoibiles is the premium brand with the lowest CO2 emissions in the Spanish market, with the E-TENSE versions representing 44% of the Brand’s total registrations. In short, Stellantis’ commitment is, as stated in “Dare Forward 2030”, to become the industry champion in the fight against climate change, reaching zero net carbon emissions by 2038, with a 50% reduction by 2030. Since its inception, Stellantis has shown that it honors its commitments and in this