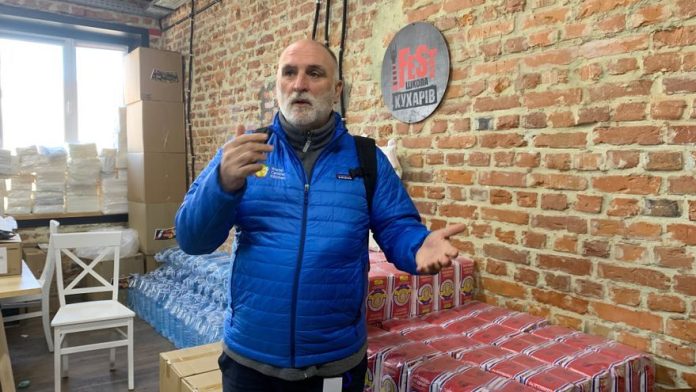 the spanish cook Jose Andres announced this Saturday that will rename Russian salad in all its restaurants as “kyiv salad or Ukrainian salad”, in a gesture of support for that country in the face of the invasion launched by Moscow. “I officially announce that from tomorrow the iconic Spanish salad Russian salad will change its name to kyiv salad or Ukrainian salad in all my restaurants,” said the chef, a nationalized American, on Twitter.

And starting tomorrow officially I’m announcing that the iconic Spanish tapa: Ensaladilla Rusa…..will change its name to Ensaladilla kyiv or Ensaladilla Ukrainiana….at all my restaurants!!! https://t.co/NSb8HKcUaY— José Andrés (@chefjoseandres) May 14, 2022

José Andrés made this announcement by citing the news that the Arch of Friendship between Peoples, a Soviet-era monument located in kyiv, was renamed by the authorities as the Arch of Freedom of the Ukrainian People. The chef has been actively involved in humanitarian support for Ukraine due to the war unleashed as a result of the Russian invasion that began on February 24.

José Andrés traveled to Ukrainian territory with his NGO World Central Kitchen, which distributes food to civilians and refugees affected by the war.

Even one of his teams was attacked in the city of Kharkov on April 16, leaving at least four injured. The president of the United States, Joe Biden, appointed José Andrés as co-chairman of the White House Advisory Council on Sport, Fitness and Nutrition in March.

See also  Gigi Hadid and Zayn Malik Parted Their Ways: Malik Misbehaved With Gigi’s Mother
Share
Facebook
Twitter
Pinterest
WhatsApp
Previous articlePantanal: Guta has sex with Tadeu, but warns that it will not happen again
Next articleAORUS announces replacement program for its Z690I Ultra due to stability issues
sonu
sonu is a content writer who had worked on various niches. And served many clients. He is a management student also interested in research and marketing. His hobby is writing, reading and sketching. He is also a good orator.
RELATED ARTICLES
Lifestyle