Users all across the world were unable to use Facebook services over several hours on the 8th of October, Friday owing to a change in the system, only days after a huge outage triggered similarly.

A Facebook spokesperson told AFP about 21:30 GMT stating, “Sincere apologies to anyone who wasn’t able to access our products in the last couple of hours.”

“We fixed the issue, and everything should be back to normal now.” Starting approximately three hours earlier, website troubleshooter DownDetector saw a rise in reports of issues connecting or using Facebook and its picture-centric Instagram network, as well as Messenger and WhatsApp.

The problem was caused by a configuration change on Facebook’s computing platform, which impacted users of the social network, Instagram, Messenger, and Workplace.

For even more than 6 hours on Monday, millions of individuals were unable to use Facebook, Instagram, or WhatsApp, highlighting the world’s dependency on services owned by the Silicon Valley giant.

Santosh Janardhan, Facebook’s vice president of infrastructure, apologized on his blog for the outage, saying it was caused by “configuration changes” on routers that connect network traffic among data centers.

Experts believe the issue was caused by a mechanism known as BGP, or Border Gateway Protocol, which is used by the internet to determine the fastest path for moving data packets around.

BGP has been equated to “the internet equivalent of air traffic control” by Sami Slim of data center provider Telehouse.

“Facebook did an update of these routes,” Slim added, similar to how air traffic controllers occasionally make adjustments to flight schedules.

However, there was a critical flaw in this upgrade.

It’s unclear as to how or why, but Facebook’s routers effectively broadcasted to the net that the firm’s servers were no longer operational.

According to Facebook, the interruption on Friday was unrelated to the one earlier in the week.

Facebook’s technological infrastructure, according to experts, is particularly reliant on its systems.

Disruptions on social networking are not uncommon: According to website builder ToolTester, Instagram only has had more than 80 in the last year in the United States.

Many companies across the globe rely on Facebook’s services, and Facebook accounts are frequently used to check in to other websites.

Because billions of people use Facebook’s applications regularly, disruptions potentially affect a huge part of the world’s population.

Another outage could get a little difficult to cope with, so let’s hope it doesn’t happen again. Ever again. 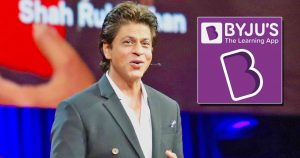 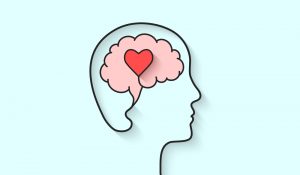 Next post World Mental Health Day 2021: Everything You Need To Know
Omi