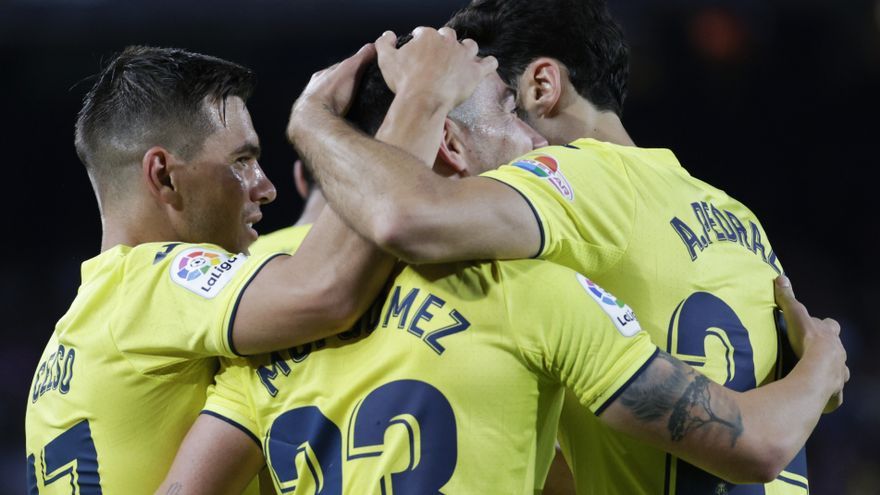 A pragmatic Villarreal certified the ticket for the next edition of the Conference League by winning (0-2) at the Camp Nou against a sad Barcelona, which closed with reluctance and bad feelings in defense a blank season to forget. The goals of Alfonso Pedraza, before the break, and Moi Gómez, in the second half, left in evidence the defensive fragility of the azulgrana team and ended a ten-game losing streak for the ‘groguet’ team at the Barcelona fiefdom.

And that in the first stages of the match it seemed that Barcelona was taking the game seriously. With his homework done after securing second place, he faced the match without incentives, but unlike the last matches he came out with the intention of finishing the course with good feelings.

Xavi left Ousmane Dembélé on the bench again and placed Adama Traoré on the right wing, who could have played his last game at the Camp Nou. The winger from L’Hospitalet de Llobregat signed a declining performance, similar to that of his second spell as a Barça player. In the first quarter of an hour, Barça tamed the match with the ball, shutting down Villarreal and even enjoying a volley from Ferran Torres to go ahead. Busquets pulled the strings for a team that found it difficult to be precise in the final meters, either through Adama and Jordi Alba’s crosses or Aubameyang’s shots.

Villarreal, with Paco Alcácer as the starter instead of Gerard Moreno, He was waiting for his opportunity, aware, perhaps, that Barça would give concessions behind. The ‘kaiser’ version of Roland Araujo contrasted with the constant doubts of Clement Lenglet, very imprecise with the ball. The game was even. Villarreal, with Parejo and Lo Celso carburizing in midfield, already knew what to do with the ball. And in a quick combination in the spinal cord came the first goal (0-1, min.41). Parejo visualized the gap left by Dani Alves, sent a pass to left-back Alfonso Pedraza, who beat a dislodged Adama Traoré and beat Ter Stegen with a cross shot.

Unlike Barcelona, ​​which enjoyed another open chance for Ferran Torres, Villarreal did not forgive, who came into the break with an advantage thanks to their forcefulness in the areas. The second act began like the first with Barça, with more intention than play, looking for the goal. Munuera Montero awarded a penalty from Moi Gómez to Ferran Torres, which the VAR finally signaled outside the area.

A possible maximum penalty was passed to the second goal of Villarreal that definitively disconnected Barça. Adama was in the photo. The Catalan striker went down to help in a coverage, he rejected the ball inside the area where Moi Gómez redeemed himself from the risky foul on Ferran Torres to score the second goal with pleasure (0-2, min.55). Immediately afterwards Xavi Hernández changed Adama, who left the pitch at the Camp Nou crestfallen, and Aubameyang. Ansu Fati and Dembélé entered. Shortly after, Memphis, Riqui Puig and Minguez did it, but even that did not change the dynamic of the match.

Barça was predictable. Lateral centers were multiplied by inertia and individual plays. The referee annulled a goal by De Jong for offside, while Dembélé, with his usual left-footed shot that missed the goal, and Alves tried it without luck. Despite the fact that Barça took possession of the ball, Villarreal did not suffer. Barça’s indolence paved the way to the Conference League in a performance as bland as the season that ended this Sunday. Xavi and the Barça sports management are piling up their homework with a view to the next course.

See also  Modric: "We are used to suffering"