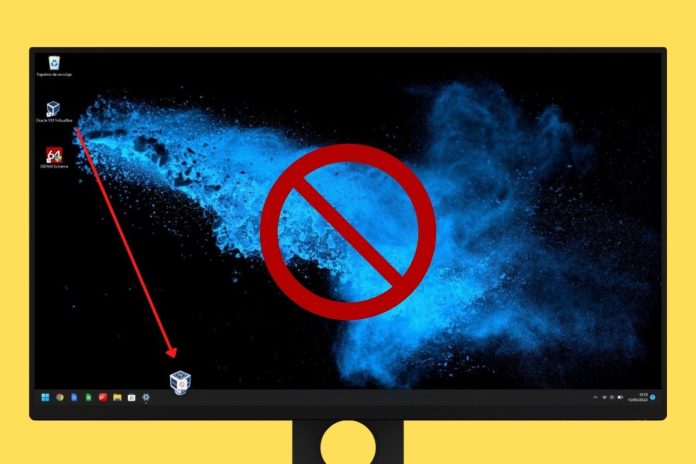 Microsoft removed this feature in Windows 11

Among the blunders that Microsoft has committed with Windows 11, is that of eliminating the drag and drop function on the taskbar. This feature is one of those that go unnoticed for a simple reason: the user has more than internalized it. It is not the first time that the company tries to eliminate a basic function of the system and ignites the ire of users. Something similar already happened to him when he decided to make the start button disappear in Windows 8. At that time, the criticism was so great that in later versions they had to rectify it. But what is drag and drop really for? Why is it so important for most users? Is there any way to recover it? And more crucially, will Microsoft rectify this time? Here we tell you everything about this matter.

What is taskbar drag and drop?

The function taskbar drag and drop is the one that allows you to send a file to any of the active applications on the taskbar. It is also the one that makes it easy for you to add shortcuts. As its name indicates, which comes from the English expression Drag & drop, all the user has to do is drag the item to the taskbar. What effect does that have? It depends on the selected item.


Pin a new item to the taskbar. If it’s a shortcut, dragging it to the taskbar will allow you to permanently add it to the taskbar.
Send a file to an app. In the case of files, if you drag them to one of the active applications on the taskbar, the taskbar will open and you can drop them on it. It is useful, for example, to upload a photo to a web page. Bringing files and shortcuts to the taskbar has historically been a quick fix for manipulating items in Windows. However, now it has disappeared and many wonder if there is a solution.

See also  iPhone 12 Pro Vs iPhone 13 Pro: Should You Upgrade This Year?

How to enable Drag and Drop Files on Windows 11 Taskbar

There are several methods to recover the function of drag and drop files on the taskbar. Here are some that will help you achieve it.

Adding a value to the system registry is a good solution to bring back this acclaimed feature. It’s as easy as opening the menu Execute with the keyboard shortcut Windows + R. So, type the command regedit and press Enter. Once you have the registry editor in front of you, navigate the side folder tree to the following path: Computer\HKEY_LOCAL_MACHINE\SOFTWARE\Microsoft\Windows\CurrentVersion\Shell\Update\Packages Next, click on an empty space and select New. Then click on DWORD (32-bit) value. Name the new value UndockingDisabled and set the data to 1. Restart your computer for the changes to take effect. We confirm that this method is effective, but in our case we have encountered the following problems: The start button stops working. The search button is not active. It may be that in your case these inconveniences do not make an appearance. If you wish to reverse the effect of the key, visit the registry folder above again and delete the value. Upon reboot, everything will be back to normal.

Windows11DragAndDropToTaskbarFix.exe it is an intermediate solution. It is available for download on its developer’s page on GitHub. It’s as easy as downloading the executable and launching it on your computer. Windows may warn you that this is a dangerous program. Bypassing this message is as easy as clicking on More information and then click run anyway. The program will sit in the system tray and will allow you to send and drag files to open applications on the taskbar. We say that it is a half solution because does not enable shortcut pinning.

Wait for the function to return

The last solution that we propose is that you be patient and wait for Microsoft to restore the function. It has already been confirmed that this will be the case and in the beta versions of the system, specifically the build 22557, this feature has been implemented natively. If you don’t want to wait, you can always join the Insiders program to get the latest system builds available right now.

Windows 11 and its long road to perfection

Windows 11 has arrived orphan of many functions to which users were more than accustomed. Not surprisingly, we have published guides that teach you how to put the taskbar on the left side of the screen or return to the classic Windows 7 photo viewer. Even at Microsoft they thought it was a good thing to renew the context menus, something that has caused that some want to go back to using the more classic cut. We hope that, little by little, Microsoft will refine these details and add functionalities to its system, not subtracting them from previous versions. End of Article. Tell us something in the Comments!

Share
Facebook
Twitter
Pinterest
WhatsApp
Previous articleGoogle creates an app to synchronize health and fitness data
Next articleTragedy in football. The Argentine trained in Barcelona who killed me in an accident on the road
Jai
RELATED ARTICLES
Technology