Launched in 2007 with the purpose of offering affordable mobility to Brazilians, the tiny Honda Pop completes, in 2022, 15 years of presence in our market. And throughout its trajectory, “Popzinha”, as it is known in some places, stands out for being the main means of transport for many families and motorcyclists throughout Brazil.

Along its trajectory, Pop accumulates more than 1.4 million units produced in Manaus and is the 4th best-selling model of Honda, behind models like CG, Bros and Biz. The Northeast is the region where the model is most commercialized, representing 67% of its sales in the Brazilian market, followed by the North region, with 19% of the volume traded.

The Pop is an economical motorcycle, with cheap maintenance and in relation to fuel, as the model has an average consumption of 59.6 km/l for use in the city, according to measurements by Instituto Mauá – autonomy that may vary according to the condition. climate and the physical structure of the pilot.

“Celebrating Pop's 15 years in the Brazilian market is a source of great pride for Honda. Undoubtedly, the model is one of the highlights of our line up and a great option for those who are looking for savings, without giving up quality, resistance and comfort. But in addition to these characteristics, the Pop is a democratic motorcycle, which offers mobility to the millions of Brazilians who use it on a daily basis, in all corners of the country, and that means a lot to us.”, says Alexandre Cury, Commercial Director of Honda Motorcycles.

The Pop is a genuinely national motorcycle, as it was developed by the brand's local engineering team, which considered the characteristics and needs of Brazilians for the product. That's why it brings together aspects such as robustness, harmony in the design, suspensions capable of traveling on any type of terrain and ample seat.

Its first version was the Pop 100, which underwent its first update a few years later, receiving important changes aimed at meeting the third phase of the Air Pollution Control Program, PROMOT, in force at the time.

In 2016, the model had its great evolution, when it was renamed Pop 110i and received a new engine with electronic injection, design reformulation and started to offer a three-year warranty. One of the last improvements adopted in the model was the implementation of the combined brake system (CBS), a differential that gives the model more safety.

At the last Salão Duas Rodas, Pop was also one of the protagonists of the Honda stand, with two conceptual versions exhibited at the event. The Rally was designed with inspiration from the world of adventurers such as the Africa Twin, exploring the versatility and strength of an off-road motorcycle. 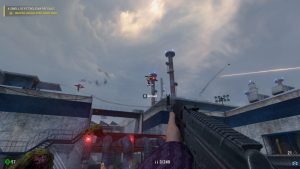