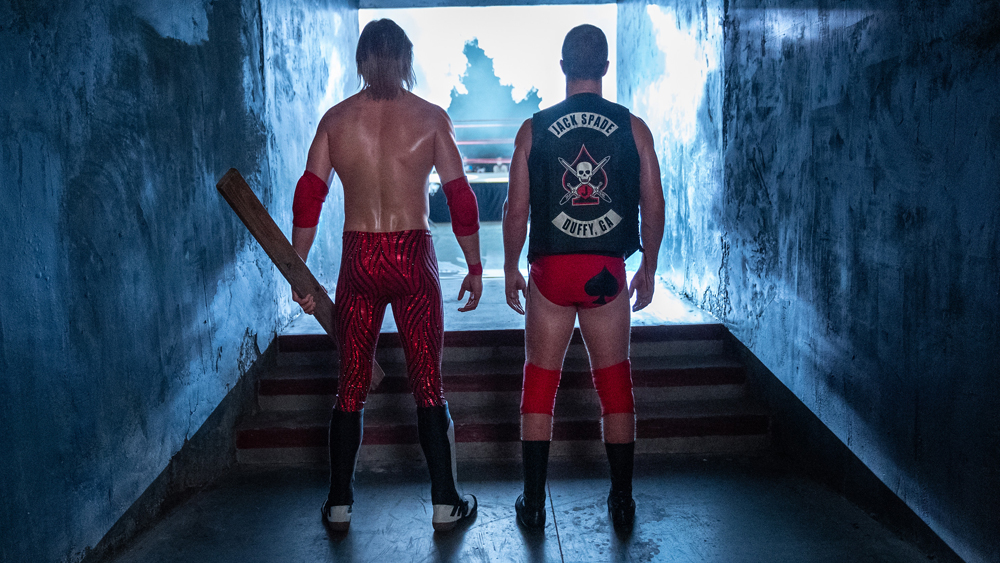 Filming will begin in 2022, so we can’t expect the new episodes until the end of next year at the earliest. Stephen Amell (“Arrow”) and Alexander Ludwig (“Vikings”) also slip into their roles as Jack and Ace Spade in season 2.

The wrestling drama “Heels” is officially getting a second season from the US broadcaster release. You should know about the new episodes with “Vikings” star Alexander Ludwig and ” Arrow ” leading actor Stephen Amell.

When Does “Heels” Season 2 Release On Starzplay?

According to Starz, filming for the new episodes will begin in 2022. Therefore, we cannot expect a broadcast in the USA until the end of 2022 at the earliest.

“Heels” Season 2: Is There Already A Trailer?

Unfortunately, we cannot deliver a trailer for season 2 yet. As soon as one is published, you can find it here.

“Heels” What Is The Plot Of Season 2

Jack (Amell) and Ace Spade (Ludwig) at the end of the first season could avert the disaster, and the DWL remains. However, this is less due to her but more to that of Crystal (Keli Berglund). Not only did she win the big wrestling event, but also the hearts of the fans.

But even if the legacy of Jack and Ace’s father – the wrestling league DWL – remains, Jack is pretty much alone, as his wife Staci is fed up with him and his toxic relationship with his brother because of the dynamism of the two brawlers has often almost cost DWL.

The DWL gives many residents of Jack and Ace’s hometown hope for a better future. Most of all, of course, this is about wrestling dreams. Season 2 indeed calls into question their ability to carry on their father’s legacy and face the consequences of their behaviour.

Showrunner O’Malley has already announced that “Heels” season 2 will be about loss. For example, Jack has a marriage crisis and could lose the DWL as well as his wife. Also, Charlie Gully, who can be seen as the villain of the series, will probably do his tricks again.

Mike O’Malley (“Shameless”) returns for season two as showrunner, executive producer, and in his acting role as Charlie Gully. The series was created and written by Michael Waldron (“Loki”, “Doctor Strange in the Multiverse of Madness”), who also acts as executive producer.