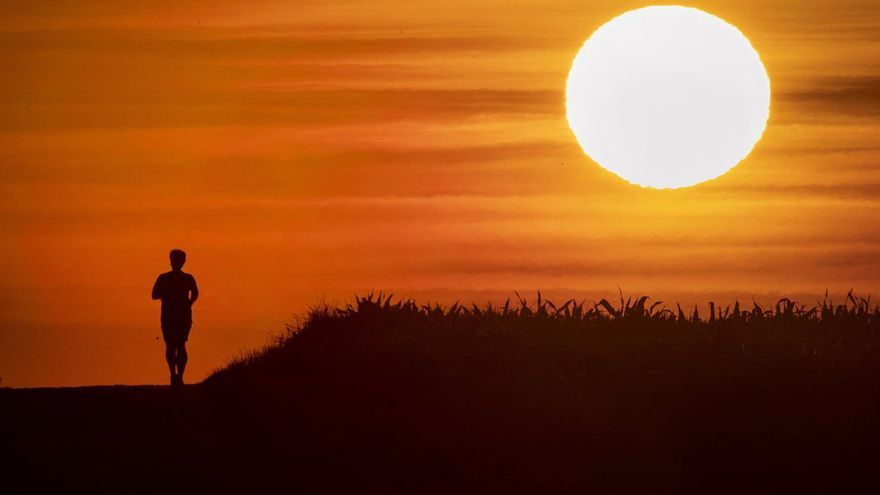 The climatic event known as ‘heat waves’ will intensify very significantly in the coming years in Spain, but especially on the Mediterranean side. The first detailed investigation of the expected evolution of this phenomenon in Spain shows that the increase in its intensity will reach 104% by 2050, which will reach 150% on the Mediterranean coast.

A study on climate projections carried out last year and which is now once again topical, predicts an increase in the intensity of heat waves of 104% for the near future (2021-2050) throughout the Iberian Peninsula. Researchers from the University of Santiago de Compostela and the University of Vigo participated in the research. The most important changes pointed out in this research, which has just been published in the international journal Atmospheric Research, occur in the central and eastern regions of the country, reaching 150% for the Mediterranean coast and the Pyrenees. The authors of this work, including Nieves Lorenzo, Alejandro Díaz-Poso and Dominic Royé, estimate an increase in heat waves with trends of 6% to 8% per decade, which will lead to a greater impact on the human being, an increase in the demand for energy and implications for the risk of fires. Increase in MA heat waves These types of climatic events can be characterized by four dimensions: frequency, duration, intensity and spatial extension. In fact, in this study the ‘excess heat’ factor is applied for the first time (Excess Heat Factor, EHF), a parameter developed by Australian scientists that takes into account both the intensity and the effects on the human body. Other previous research has already shown that the EHF could be used to assess the effects of these extreme heat episodes on the health of the population (Royé et al. 2020). “The EHF index is very useful for detecting this type of extreme event, which makes it a tool to contribute to decision-making to minimize the negative impacts of heat waves on public health or on other susceptible sectors, such as agriculture, forestry or energy”, says the University of Santiago de Compostela in a note. The projections indicate that the areas that show a greater intensity do not coincide with areas where the heat wave events have a greater duration. Extreme heat will be on the rise Pixabay For both 1971-2000 and 2021-2050, heat waves in western peninsular and mountainous regions are characterized by higher EHF but shorter duration than those in the southeastern peninsular and , in general, on the Mediterranean coast. The main reason for this spatial pattern, the authors of the publication underline, lies in the rapid transport of soft air masses from the Atlantic Ocean to the west of the Iberian Peninsula. The average extent of heat waves for the period 1971-2000 increased by 1.71% per decade, while the increase in maximum extent is even greater, at 4.3% per decade. This trend is expected to continue in the near future, with increases ranging between 6% and 8% per decade for the value of maximum extension. The results point to a significant increase in the intensity, frequency, duration and extent of heat waves in Spain for the 21st century. Reference study: https://www.sciencedirect.com/science/article/pii/S0169809521002076?dgcid=author …….. Environment section contact: [email protected]