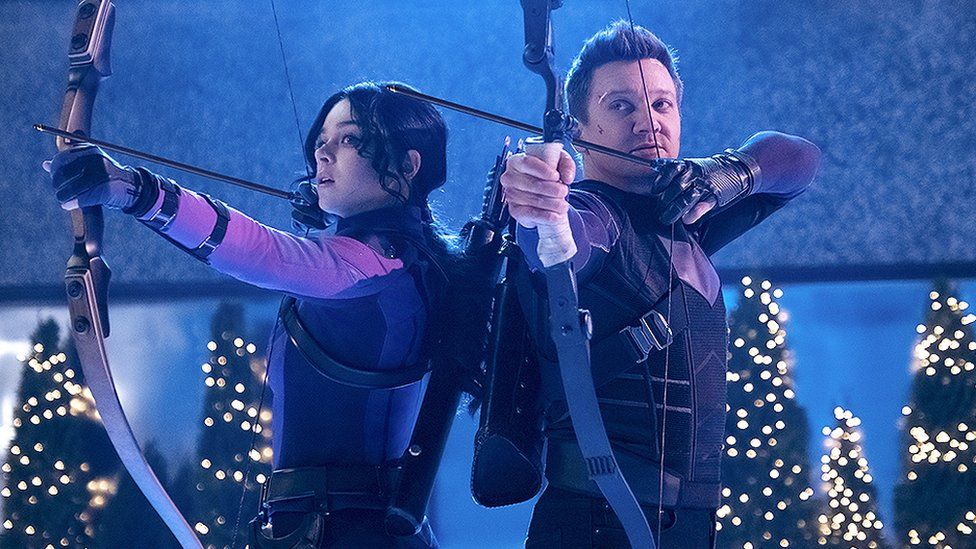 At the end of “Hawkeye” Episode 2 on Disney+, a new villain appears. Who is the mysterious leader of the tracksuit mafia in Marvel Comics?

In the first two episodes of “Hawkeye” on Disney+, Clint Barton (Jeremy Renner) meets Kate Bishop ( Hailee Steinfeld ) and finds out that the young archer has messed with the tracksuit mafia. The former Avenger is now trying to smooth things over and pull Kate’s head out of the noose. But who is he dealing with?

Clint lays himself out as bait to be captured. He’s hoping to meet the guy behind the tracksuit mafia. After much back and forth, the real puller reveals herself at the end of the episode: Maya Lopez (Alaqua Cox).

Maya Lopez In The Marvel Comics: Friend Or Foe?

In Marvel Comics, Maya Lopez starts her career as a villain before becoming a superhero. The father of the Deaf Maya was involved in the mafia business and was eventually killed by Kingpin Wilson Fisk. This then adopted Maya.

Maya has a gift for imitating other people’s movements, much like Taskmaster in ” Black Widow, ” and Fisk exploits this. Maya is unaware that Fisk murdered her father. He claims that it was Daredevil and puts it on him.

Maya falls in love with Matt Murdock, alias Daredevil, and when he can uncover the misunderstanding, Maya shoots Fisk. Maya has gone by the names “Echo” and “Ronin” throughout her superhero career.

Maya Lopez On The Series: We Know This

We know Maya Lopez will be back in the “Hawkeye” spin-off “Echo.” So the role will likely become a heroine as the series progresses. But first, of course, she appears as the villain. We know that despite her young age, she is already receiving a lot of respect in the criminal underworld.

See also  Aladdin 2: A Sequel Is Coming At Disney?

So she has been involved in the world of criminals for a long time! It is still unclear whether she is the leader of the tracksuit mafia or has a boss herself. Finally, rumors are spreading that Vincent D’Onofrio is returning as Wilson Fisk from the Netflix series “Daredevil.”

The Hollywood veteran repeatedly leaked notices on social media that he might be on board the series. With co-star Charlie Cox likely to star in “Echo,” “She-Hulk,” and “Spider-Man: No Way Home” as Daredevil, it’s not unlikely that Wilson Fisk will return as well.

That would also explain why Maya has so much power and influence. As the daughter of Kingpin Wilson Fisk, she exudes not only respect but also great fear. But how is the plot adjusted in the series compared to the comics? We have a theory.