Hawkeye: How Does Echo Gets Power In The Disney+ Series 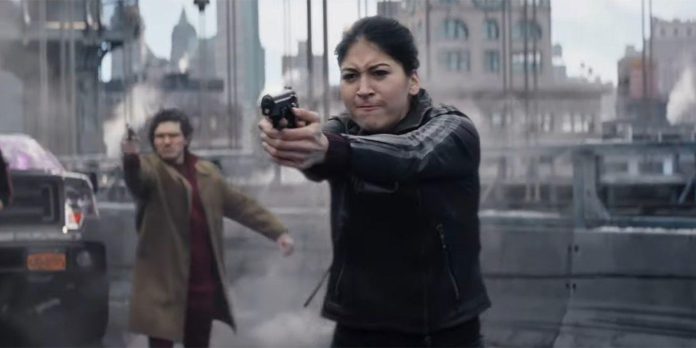 Antagonist Maya Lopez/Echo is currently causing a sensation in “Hawkeye” on Disney+. The deaf superhero is embodied in the MCU series by newcomer Alaqua Cox, who, like her character, is deaf and wears a prosthetic leg. And precisely, these two properties are, according to the serial producers, the source(s) of Maya’s superpowers.

According to the “Hawkeye” director duo Bert and Bertie (via TVLine), Maya uses her two “handicaps” to her strengths. Deafness can already be found in the Marvel template comics. For this reason, Echo has photographic reflexes and can perfectly imitate every movement or fighting style of its counterpart. That makes them extremely dangerous.

But actress Alaqua Cox’s prosthetic leg doesn’t even appear in Marvel Comics. The directing duo Bert and Bertie made the extra decision to include this in the show on Disney+.

This Is How Maya / Echo Uses Their Prosthesis For Their Strength

This is also very nice to see in episode 3 of “Hawkeye.” In an extended fight scene at the beginning of the episode, Maya first uses her prosthesis to fend off or block a hit with a billiard stick from Clint Barton (Jeremy Renner). A “normal leg” made of flesh and blood would not have quickly put that away.

Maya then knocks Hawkeye almost unconsciously again using her prosthetic leg like a baseball bat. She hits Clint in the temple, and he goes down.

Bert and Bertie then also explain that the prosthesis contributes to the “superhuman nature of Maya.” As well as her deafness, which the actress and the character share: “That is her superpower. Everything she has learned in life comes from what we see as a ‘disability,’ but this is exactly why she is so badass,” according to the Hawkeye directors.

See also  Katrina Kaif- Vicky Kaushal Planning To Wedding At The End Of 2021 ? Fake or Truth

And actress Alaque Cox is, according to Bert and Bertie, “a heroine from real life.” By the way, Cox will also get her series on Disney+ in the future. We have already told you more about this elsewhere “Marvels Hawkeye.” That’s why an absolute newcomer gets her MCU show.

Share
Facebook
Twitter
Pinterest
WhatsApp
Previous articleBatgirl: Here’s Everything You Have To Know About HBO?
Next article‘Star Trek: Discovery Season 5’ Release Date? Renewal? And Other Updates
sonu
sonu is a content writer who had worked on various niches. And served many clients. He is a management student also interested in research and marketing. His hobby is writing, reading and sketching. He is also a good orator.
RELATED ARTICLES
Entertainment