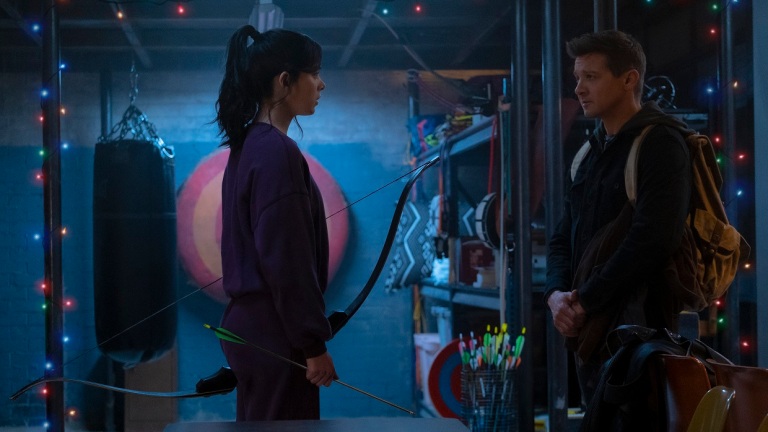 On the morning of November 24, Disney + welcomed the first two episodes of the Marvel series Hawkeye on Jeremy Renner and Hailee Steinfeld. In fact, it will be possible to see the entire first season of this show in streaming on Disney +. While waiting to be able to enjoy all the episodes of the series, let’s talk about Hawkeye episode 1 × 01 and 1 × 02 in streaming, and let’s find out together what happened during the episodes, entitled Never meet your heroes and Hide and seek.

In the midst of the holiday season following the events of Avengers: Endgame, Clint Barton is grieving the loss of his best friend Natasha Romanoff. However, Hawkeye begins in New York in 2012, where a young girl (spoiler alert, it’s Kate Bishop ) is watching her parents fight. However, his problems are interrupted by an alien invasion: we are in fact during the Battle of New York, when the alien invasion led by Loki, told in The Avengers, puts the whole world at risk.

Kate is a rich girl and her parents’ elegant penthouse is right across from the Avengers Tower. The building suffers considerable damage, in fact, the ceiling collapses, and looking out Kate sees one of the Avengers. A hero with a bow and arrow. Hawkeye is fighting the aliens. Kate discovers that her father was killed in the attack, and terrified of the aliens returning, expresses to her mother Eleanor (Vera Farmiga) a desire to defend her, and to learn archery.

See also  Fantastic Beasts & The Secrets Of Dumbledore: Do We Have A Release Date?

Now let’s jump into the present, where Kate Bishop is about to graduate. Together with her friends, she plays a joke with her trusty bow and arrow. He wonders if it is the bell itself or the “dangling thing” that makes it ring. So he decides to shoot an arrow at the campus bell tower, which is a considerable distance away. Except that everything doesn’t go as planned, and the building collapses.

Meanwhile, in New York, Clint Barton is participating in a Broadway show: “Rogers: The Musical “. We are back in the battle of New York, only this time everyone is singing and dancing. Barton is shocked at the sight of Black Widow: in fact, it is clear that he has not worked out all that has happened. So he leaves the theater and his children together with him, who hope to soon be able to celebrate the pre-Christmas period with their father.

Even Kate returned to New York and jumps to her mother’s house, where he discovers that Eleanor has a new boyfriend, Jack Duquesne (Tony Dalton), which has a strange fixation with swords. Jack and Eleanor are preparing for a charity event, which Kate is also attending. However, the girl discovers something sinister about Jack, so she puts on a waiter’s suit to follow him. Not before discovering that Eleanor and Jack are getting married. 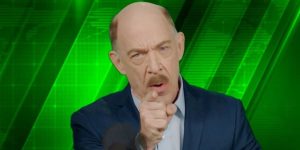 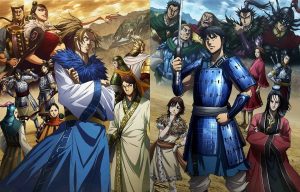 Next post Kingdom Season 4: Release Date? When Will The Anime Return?
Admin