I must say that a lot has happened in the last few weeks in the world of Gierek. Therefore, there is a few more news in this Mum to Play than usual. It happened with such strong titles as GTA IV or Half-Life 2. One of them is probably the most anticipated continuation in the history of games, which is to replace the “five” reheated several times. The second is a legend that can now be played in VR. What else?

We know that PlayStation VR2 will officially appear in early 2023, although looking at what is happening in the world, I would not be so sure about this date. Sony has added to the stove again, because another announcement of VR goggles has appeared, showing their most important functions. And I must admit, it may actually be the most advanced VR equipment. OLED screens, eye tracking, vibrations or adaptive triggers like in the DualSense pads are something that has never been seen in such goggles. What about games, you ask? And the fact that Sony is like Sony …
It turns out that the games from the first PlayStation VR will not work on PS VR2. Why? Sony, or rather Hideaki Nishino, vice president of Something at PlayStation, says it’s all with gamers in mind to give them a real and unforgettable next-gen VR experience. In short, to live and play better. And you can look at it from two sides. On the one hand, it’s great that they focus only on the next-genes, because Horizon VR: Call of the Mountain looks phenomenal and almost one-to-one like the regular version of Horizon on PlayStation 5. New goggles are new possibilities and one specific version that uses everything offers PS VR2. On the other hand, something that has been rolling out for years in the case of Sony, i.e. “backward compatibility” should be, because the new goggles would definitely be able to cope with what has been released on the first PS VR so far. Well, but if that’s the case, Sony won’t make money, and that’s the perfect option to create custom versions of these older games for PS VR2 and get a few more bucks from players. And if I had to bet, the latter option is very likely. If you want to play something older, donate money. Source: eurogamer

It often happens that a graphic or a short movie recorded with potatoes of a game is leaked. He has his five minutes, the players get excited, all portals quickly add a story to this picture and after a while, life returns to normal. It was similar with GTA VI (or maybe GTA 6), except that this moment has been going on for several days and its further consequences. But from the beginning. A few days ago, unexpectedly many materials from the pre-production version of the game hit the web. Yes, let me remind you that this is about GTA VI. A game we’ve been waiting for almost a decade. And a game that would probably have come out faster if it weren’t for GTA Online, but that’s a topic for a separate article. Anyway, it happened because the servers were hacked, a lot of lines of code leaked and a lot of gameplay material from the game. A game that is clearly in the early stages of production. Even Rockstar Games confirmed the break-in, thus confirming that the next Grand Theft Auto exists, and the situation will not affect their work, which will continue. I will not throw all the screenshots and materials here, because once, most of them have already been removed, and the ones that remain, you have already seen. What is more important, however, is what happened next.GTA VI / Photo by autoevolution The leaks showed GTA VI at a very early stage, with no textures or all models, graphics and mechanics. Therefore, a great initiative was created by other game developers who, in a gesture of solidarity with Rockstar, also showed materials from early versions of the games. Thus, we could see what games such as Control, Horizon Zero Dawn or The Last of Us looked like at the beginning. You can follow the mentioned thread on Twitter below:

There was a very interesting move by game developers after the #GTAVI leak. The developers started presenting recordings from the early versions of their games. I think it’s a great idea to show players that they don’t look pretty at the beginning of the game. So I start the thread with such films. pic.twitter.com/gAJzvZ6SS0— Little about Grach (@troche_o_grach) September 21, 2022

See also  Battle Brothers is released for PlayStation and Xbox

What the producer won’t do, turbo fans or gamers will do. Half-Life 2 doesn’t need any introduction. A game from 2004 that immediately became a hit from Valve. Despite the fact that almost 20 years have passed since its premiere, the game still has a large group of fans and the interest does not decrease. And the confirmation of this can be these two news. This one tells about a fan remake of the game, which was created using Unreal Engine 5. What can I say, the game looks amazing, among others thanks to Ray Tracing. I just can’t convince myself of the G-Man in the new version. source: YouTube (@TeaserPlay)

We stay in Half-Life 2 climates and fan mods. This time, however, the ones that can be played. It is a VR mod that has been available on Steam for several days (September 16). Yes, a mod so good that Valve decided to officially put it in their game store. If you have compatible VR goggles (e.g. Meta Quest 2, Valve Index or others that support SteamVR), this is the best way to return to City 17. Half-Life 2: VR Mod / photo by Steam The work on the mod took several years, but the version is still in beta. As the developers wrote, it can be completed in full, but you can sometimes encounter bugs and not all VR-related features are available. Half-Life 2 required on Steam to play VR. Half-Life 2: VR Mod can be taken from here. Stand up and shine, Mr. Freeman. Rise and… shine… in VR (͡ ° ͜ʖ ͡ °) Source: Steam

The fourth Sims is really a hen that lays the golden eggs. The life simulator, which appeared in 2014, got a dozen or so add-ons, and they mainly fill the EA purse. Okay, a stand is required to run any DLC, but you could have it for the price of a not necessarily good burger somewhere in the center of Rzeszów. But in order not to get bored and have all the accessories, you have to spend almost PLN 2,000. Also this … The Sims 4 / photo by EAEA announced in the official announcement that From October 18, The Sims 4 will be available for freebecause they are passing into the Free-to-play model. And what? And nothing, because for me, the codes for Sims 4 can be taken out of the chips. How do they explain it? So they’ll have more of an urge to create new content packs for the Sims. This means two things. There will be more chances to get some more money from players and that we will wait a long time for Sims 5.

Marvel games are a bit like Windows – every second is good. Okay, there are two games recently, but this principle works. Marvel’s Avengers turned out to be a total flop, and the Guardians of the Galaxy delighted everyone. That’s why I have mixed feelings about the next production with Iron Man in the lead role. On the one hand, the Motive studio behind the upcoming Dead Space Remake is responsible for the new, action adventure game with a single player campaign. On the other hand, it’s Electronic Arts, so anything is possible, we know that the game is currently in pre-production and is going to be one of the few games that EA is working with Marvel to play. It is not known when the game will appear, but even if they threw a specific date, this one would probably change several times. I don’t know about you, but I am waiting and asking at the same time – Why does the game with Iron Man appear so late? Iron Man from EA Motive / photo by EAA previous We have to play you could see, among others, a replica of the prototype Xbox, which they showed in 2000 at the E3 fair. 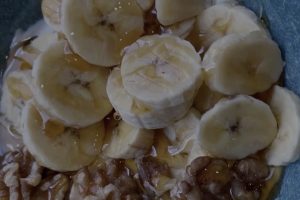 Previous post No time? Fit snack in 1 minute, you can! Next post Camilo surprised by answering an unexpected question: the appearance of his famous mustache when he wakes up
Admin