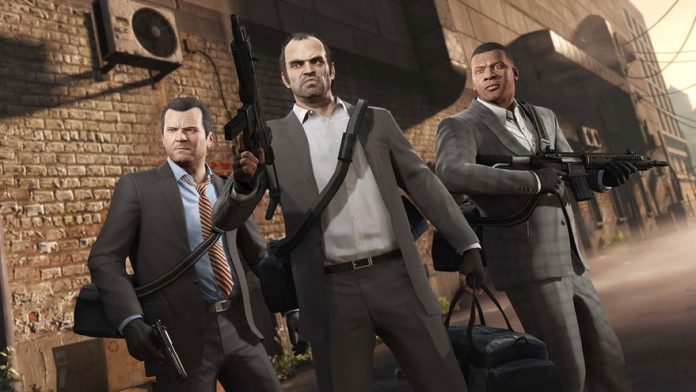 The date for the long-awaited premiere of the new generation versions of ‘Grand Theft Auto V‘, whose unique destination for PlayStation 5 and Xbox Series S/X will allow you to explore the power and features of today’s interactive entertainment systems. From graphical performance to load times, the number of improvements that will come to the title will be responsible for bringing new elements to the fans of the series and proposing a significant amount of incentives to the players who will experience it for the first time. With all of the above confirmed, there were still some questions to be resolved among PlayStation 5 users, specifically the one that refers to the announcement of free availability for a limited time of ‘GTA Online’, the online mode of ‘GTA V’, once released. Since its announcement, it had been anticipated that the network aspect, (which in addition to being included in the traditional way in the full version, will be released for the first time in an independent format), could be downloaded for free for a limited time by PS members. Plus, but it had not been disclosed how the promotion would be applied, something that Rockstar Games has been in charge of revealing. “GTA Online will not only be included in GTA V, but for the first time it will be available as a standalone title for PlayStation 5 and Xbox Series X|S. To top it off, PlayStation 5 players will be able to get it for free for the first three months after launch, so newcomers will be able to enjoy everything GTA Online has to offer without hindrance.” In this way, anyone who redeems ‘GTA Online’ from the PS Store between March 15 and June 14 will keep the game in their account and can enjoy it indefinitely. ‘GTA Online’ is coming to PS5 with a number of unique features, such as the use of the DualSense controller that will offer tactile feedback, including the use of adaptive triggers. There is also no lack of news and several graphic options with 4K Ray Tracing quality mode present in this new version of the video game. But since new players may need more than just lavish graphics to survive in Los Santos, a new profession selection screen has also been added, allowing newcomers (or anyone who wants to ditch their character and start fresh) to get a small starting advantage of GTA$4,000,000 gift to get basic resources, such as properties for your businesses, vehicles and weapons. The premiere for PlayStation 5 and Xbox Series S / X is scheduled for March 15.

See also  At what age did you discover that this is how the toilet brush is cleaned?

Share
Facebook
Twitter
Pinterest
WhatsApp
Previous articleSocial Security: Important notice to parents with children under 26 years of age
Next articleBahia has 3,485 active cases of covid-19; 21 deaths are recorded in 24 hours
sonu
sonu is a content writer who had worked on various niches. And served many clients. He is a management student also interested in research and marketing. His hobby is writing, reading and sketching. He is also a good orator.
RELATED ARTICLES
Lifestyle