Former UFC champion Velásquez is arrested after participating in a shootout 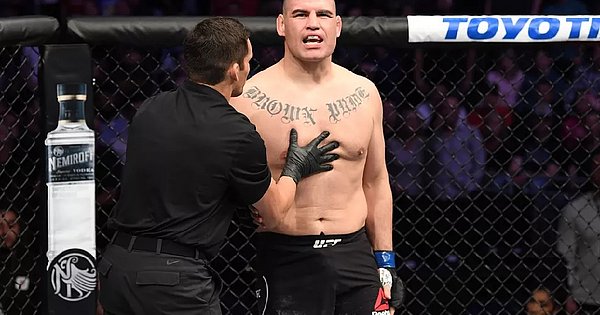 Caín Velasquez, former UFC champion, was arrested last Monday in California, United States, accused of attempted murder. According to information from the NBC Bay Area, the American fighter of Mexican descent was detained after being involved in a shooting in the city of San Jose. According to the vehicle, the heavyweight will remain in detention, without bail, until next Wednesday, when he will be tried for the crime. At first, the local police did not disclose the accusations made against the athlete and only confirmed that Velásquez was arrested and that another man was hospitalized, without risk of life, after the exchange of fire. Later, via twitter, the authorities complemented the information and confirmed that the fighter was charged with attempted murder on account of the case. Cain Velásquez rose to prominence in the mixed martial arts world by winning the UFC heavyweight belt on two occasions. The first victory came in 2010, against fellow American, Brock Lesnar. After losing the title to Brazilian Júnior Cigano in 2011, he regained the belt by defeating Cigano himself a year later. WWE

See also  ‘Lost In Space: Season 3’ What Is The Plot? Premiere Updates
Share
Facebook
Twitter
Pinterest
WhatsApp
Previous articleTechnology jumps onto the catwalk thanks to Dior’s futurism
Next articleThe group that hacked NVIDIA will sell a bypass to bypass the hashrate limiter for $1 million
suddz
Sudeshna is an engineering in making but has is keen towards writing blogs, news articles, product reviews and more. You would find her making use of the pen and paper in her free time.
RELATED ARTICLES
Entertainment