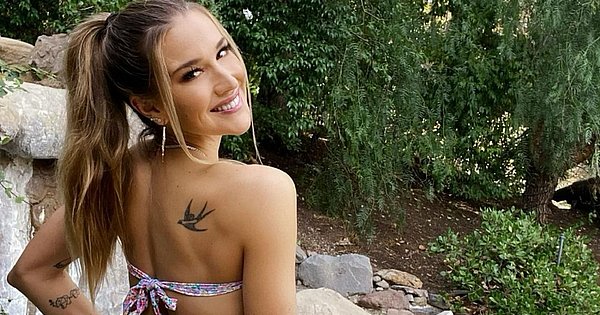 Ashley Harkleroad was the first athlete in the sport to be on the cover of the magazine and, now, invests in OnlyFans American Ashley Harkleroad was a promise of world tennis, but she didn’t get much prominence on the WTA circuit. The best position she achieved in the world ranking was the 39th place, in 2003. Ten years ago, she retired from the sport and, now, she has been successful in another way. The 36-year-old former athlete is investing in adult content, with a profile on OnlyFans. And, according to Italian newspaper Corriere Dello Sport, she recently released her first porn video on the platform. “If I have fans willing to spend 5 euros for a sexy photo, how far can I go?” she said. Ashley, by the way, was the first tennis player on the professional circuit to illustrate the cover of Playboy magazine, in 2008. “It’s a complicated decision, but I thought about it and decided to make it. I’m proud of my body, I’m in shape and I feel like I represent the physical beauty of women who are athletes,” she said at the time. The American was a promise in the tennis world. At age 15, she turned pro, and signed a five-year contract with Nike. At the age of 16, she became number 3 in the youth world. But she never won any singles title. In WTA tournaments, she has 213 wins and 140 losses.

See also  Search Party Season 5: New Cast Additions, Release Date, And Other Details
Share
Facebook
Twitter
Pinterest
WhatsApp
Previous articleRapper A$AP Rocky arrested in Los Angeles shooting
Next articleRocket League is getting a Battle Royale mode
suddz
Sudeshna is an engineering in making but has is keen towards writing blogs, news articles, product reviews and more. You would find her making use of the pen and paper in her free time.
RELATED ARTICLES
Entertainment