‘Final Fantasy XIV Online’: everything you need to know before the arrival of the April patch 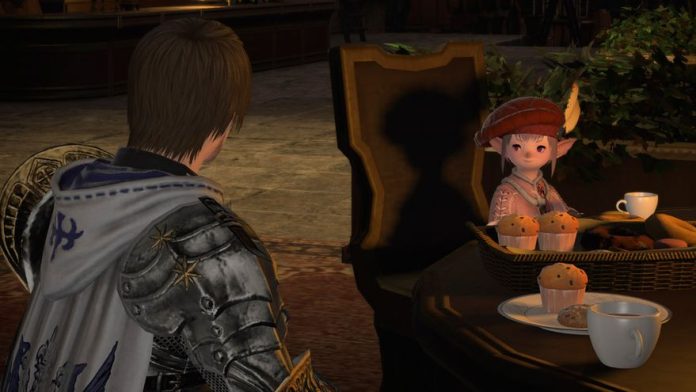 With more than 25 million accounts, Square Enix does not stop supplying content to ‘Final Fantasy XIV’, as it was revealed during the ‘Letter from the Producer LIVE’ broadcast that patch 6.1 will be released on April 12. More details on the contents of the update titled ‘Newfound Adventure’, with a trailer full of images of the game. Producer and director Naoki Yoshida has shared more information about the new main story missions, the ‘Tataru’s Grand Endeavor’ side quest, extra story content for role-playing missions, and other things coming with the 6.1 patch series. x.

Patch 6.1 marks the addition of the new ‘Duty Support’ system for ‘A Realm Reborn’ content (2.0). With this new system, all four-player Dungeons and Trials in the main story will be playable solo with a party of NPCs. Cape Westwind and later Duties are also scheduled to be heavily revised to make the solo play experience easier. The system will also be expanded in future updates for the content of the 2.x patches and the ‘Heavensward’ expansion and beyond.

In addition to the trailer, producer and director Naoki Yoshida has shared more details about some of the content that will be availables for players in the 6.1x patch series, which will mark the start of a new chapter:

New Alliance Raid for 24 players; New Tribe Quests: As of patch 6.15, it will be possible to enjoy new quests from the Arkasodara tribe for professions and combat classes.

Residential area: Plots in Empyreum, the new residential area of ​​Ishgard, will be put up for sale. The parcel purchase system has been shown, as well as the initial calendar for lottery sales.

It has been possible to verify the operation of the new Adventurer Plates tool. Player portraits can be customized with different types of lighting, animations, and camera angles based on the character’s current look, and multiple portraits can be saved for future use. the character profiles may include data such as occupation and favorite title, preferences to play, active game hours, etc.

During the broadcast, we were able to learn new details about Crystalline Conflict, the new small-scale PvP content, including the new reward system and the PvP schedule. There will also be tweaks to trades, the ability to try out pieces of gear available in the FFXIV Online Store, system updates and other news. Regarding the pieces of equipment, Square Enix has announced that with patch 6.1 pieces inspired by the Japanese television series GARO will return. The patch will also launch with a new Dungeon and a new Unreal Trial, titled ‘Ultima’s Bane’ (Unreal), as well as the new Unending Codex, a glossary of characters and terms that will be updated as the main story of 6.1 progresses. It will also bring a new Ultimate Duty (Dragonsong’s Reprise), while patch 6.15 will bring the ‘Somehow Further Hildibrand Adventures’ side quest and new Custom Deliveries. The system for traveling between data centers will be incorporated in patch 6.18.

On the other hand, The Primal, the official band of FFXIV led by sound director Masayoshi Soken, will release their new album on May 25, 2022 worldwide, with the title of ‘THE PRIMALS – Beyond the Shadow’. Lastly, another art book titled ‘FINAL FANTASY XIV: Endwalker – The Art of Resurrection – Among the Stars’ has also been announced.. It is a large, full-color book that brings together the graphic material created during the development of ‘Endwalker’, from the new Sage and Reaper jobs, to locations like Old Sharlayan and Radz-at-Han, to Dungeons, Trials, gear, and more. The book also includes an exclusive code for an additional in-game item: the Wind-up Ragnarok minion.

Share
Facebook
Twitter
Pinterest
WhatsApp
Previous articleMitsubishi and Bosch join forces to develop a battery exchange system for fleets
Next articleBahia starts selling tickets for debut in Série B of the Brasileirão
sonu
sonu is a content writer who had worked on various niches. And served many clients. He is a management student also interested in research and marketing. His hobby is writing, reading and sketching. He is also a good orator.
RELATED ARTICLES
Lifestyle