Europe is getting closer 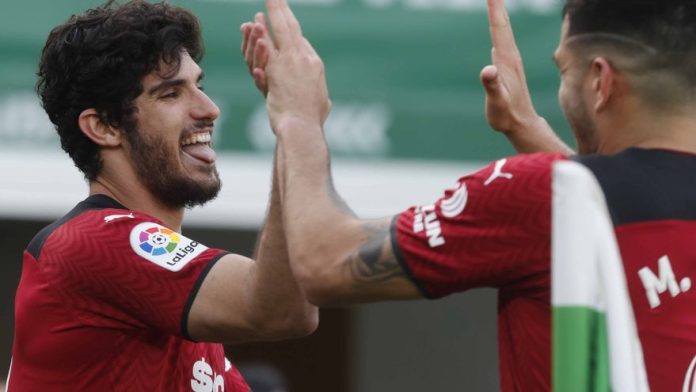 Guedes celebrates the goal at the Martínez Valero JM Lopez Five points from seventh place. The day could not have ended better. Valencia is getting closer to Europe. Because the team has closed the gap with those at the top and because Bordalás’ men are getting stronger and stronger to the final of the La Cartuja Cup. Bordalás has found the key, the team has bolted the defense and faces the final stretch of the season with security and confidence levels at their highest. 10 points out of 12 and only one goal conceded in five games are to blame. Quite the opposite of Betis. Doubts have entered Pellegrini’s team at the most decisive moment. He has been eliminated from the Europa League and has chained a dangerous streak of 4 points out of 12. In Balaídos he stayed at zero. And the best thing for Valencia is that the break comes in handy to bring back important players like Gayà, Paulista, Cillessen, Diakhaby or Lato. Valencia becomes strong. And the feeling is that the best of the season is yet to come.

See also  Jake Paul VS Mike Tyson In February 2022? What You Must Know
Share
Facebook
Twitter
Pinterest
WhatsApp
Previous articleRiver – Boca, live: the first Superclásico of the season is already throbbing at the Monumental
Next articleThe Lidl product that will allow you to save on heating and that costs less than 12 euros
mohit
I’m mohit, I am a professional blogger, Digital Marketer, and Certified Google Partner. I write about Business ,Tech News,Travel, Food Recipe, YouTube Trending Video and Health And Fitness here on cuopm
RELATED ARTICLES
Sports