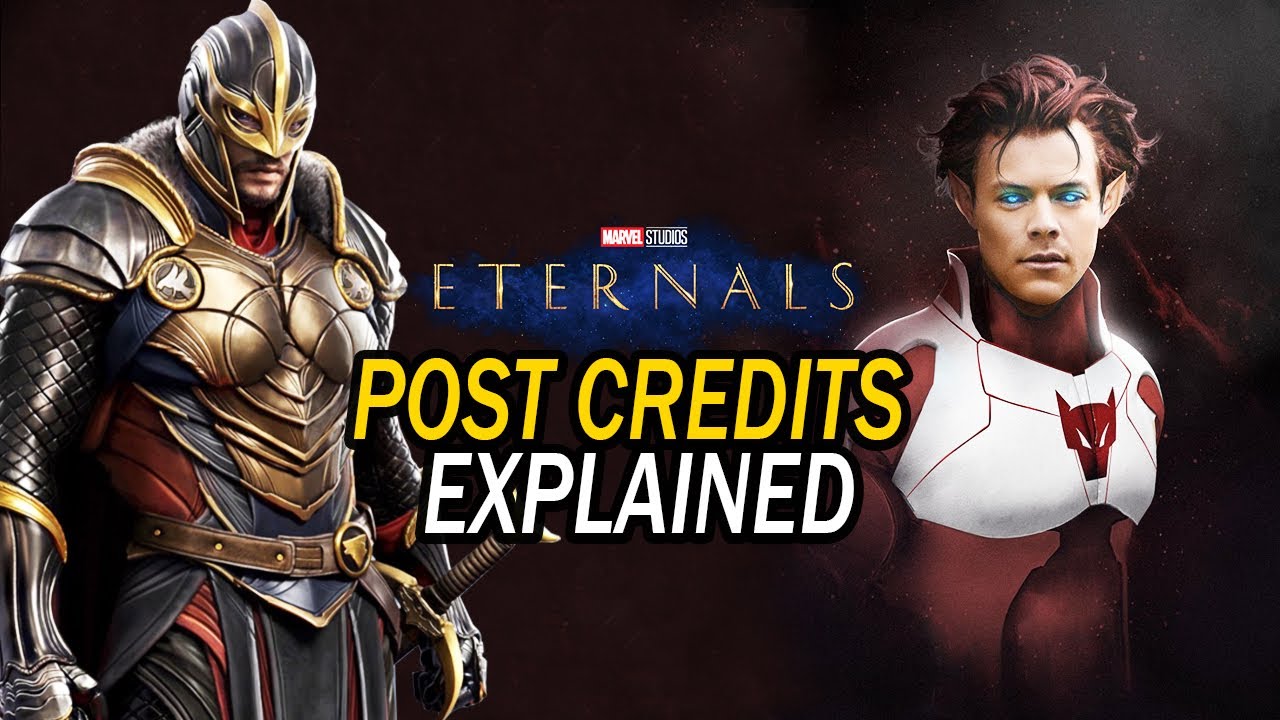 The new Marvel blockbuster “Eternals” has now been released. A new superhero troop is introduced, and, of course, references are made to other films and series from the Marvel universe. Because “Eternals” is part of the same film series as “Avengers: Endgame”.

The numerous connections with and bridges to other Marvel new releases naturally culminate in the famous post-credit scenes, which always show a short snippet of what awaits us in the future. For example, the scene after the credits in “Shang-Chi” referred to the future of some Disney + series.

In “Eternals”, there are two scenes, one in the middle of the credits and another at the very end. Both scenes shake up the future of the Marvel Universe and introduce new heroes. We explain the scenes to you but be careful, spoilers.

1st Scene After The Credits: A New Mega-Star In The MCU

After the Eternals who remain on Earth, including Sersi (Gemma Chan) and Kingo (Kumail Nanjiani), are held accountable for their actions by the Celestial Arishem, meet Thena (Angelina Jolie), Makkari (Lauren Ridloff) and Druig (Barry Keoghan) on another Eternal: Eros.

This is played by none other than one-direction star Harry Styles and is the older brother of the titan Thanos. Pip the Troll (Patton Oswalt: “King of Queens”) is a subject and sidekick at his side.

In the comics, Eros alias Starfox is the first naturally created eternal, created without the help of the divine Celestials. Thanos is his younger brother, and the Deviant gene makes him look like a monster.

Starfox fights alongside the Avengers. However, his vest is not completely white, and he can use his seductive superpowers to make potential sexual partners compliant. He meets lawyer Jennifer Walters, alias She-Hulk, as he is on trial for sexual harassment.

“Game of Thrones” star Kit Harington has a relatively small role as Dane Whitman in “Eternals”. In the end, he reveals to Sersi that he has a complex family history, but before he can tell her more, the Celestial Arishem calls her over.

After the credits, we see Dane opening a chest, taking out a dark sword, the ebony blade, and speaking Latin words. From the off, we hear a mysterious voice asking if he is ready.

It’s hard to say who the voiceover is off-screen, but there’s a lot to know about Dane Whitman from Marvel Comics. He inherits the magic sword from his uncle, who was the villain Black Knight. As the new Black Knight, he joins the nasty Masters of Evil group to infiltrate them.

Black Knight wants to help the Avengers, but they don’t trust him. Only when Dane helps the superheroes fight Kang, the Conqueror, does he gain their trust? Black Knight is an excellent swordsman, and his blade is immune to magic, with which Dane has also become familiar.

With Kang the Conqueror being the head villain of Marvel Phase 4, Dane will have an important role in upcoming movies and the Disney + series. However, it has not been officially confirmed when there will be a re-seeing with actor Kit Harington. The same goes for Harry Styles.