Villarreal's coach, Unai Emery, said this Saturday that the game against Betis, which he faces this Sunday in Seville, is an "important challenge" but that his team faces it with the conviction of overcoming it, considering it a key duel in the fight for goals in the championship. "We play with the fittest team in the league, with a coach who has found a way for his team and his players to find almost all of their best version. An opponent in which everything you see is positive, so it is a challenge, we are at a distance and they mark the place we are looking for. There is less and less left and this is a very important match, the players know that and we want to be competitive and recognizable in this great challenge", he told the media. "A victory would be a good step, there is a long way to go, but we already have an idea of the rivals and how things stand towards the end . We are in the fight in the League and in the Champions League, but we know that the league is the way most important. We are facing a rival that has an advantage over us and that we are seeing is in a great moment, as we have seen in the Cup. A lot of respect for the work of Manuel Pellegrini, who always makes his teams have a high level". he added.

In addition, Emery acknowledged that in the league away from home they have not been regular and although they have had options in several games, they have not won. "In this match we have that motivation, we want to be protagonists with the ball and be strong behind, we must defend like lions. We have competed with great rivals, we know that we must defend strongly and you know how to take advantage of our moments. We must know our moments well and know how to suffer in the moments that touch. They are strong and will make us suffer at times", explained on the matter.

He also praised Betis and its coach, assuring that the team has grown in all aspects, with the figure of Pellegrini as the key, having been able to create a strong team and dressing room. "They have been growing and now they are being regular, in addition to playing well and winning, now they are scoring goals. They are in a great moment and we are going to find that there. Now it is difficult to find gaps in Betis' game, but we must look for and get its flaws," he said. Likewise, Emery acknowledged that they have had more time than Betis to prepare for the game as they have not played the Cup, but added that the big teams are more used to playing in a few days and he does not believe that the Sevillian team will take its toll on having played the Cup tie. "What's more, the rotations are going well for them and the confidence after the Cup victory will be even better for them," he added. "The truth is that stoppages always have consequences, we have had a tough month of January due to the African Cup, COVID and injuries. Now we have recovered people, it is true that it takes a long time to prepare for the match, but we arrived well and with many troops," he added.

The Basque coach acknowledged that they have not decided on the line-up because he still has to "calculate well how to use" some players who he does not know if they are ready to play the 90 minutes. 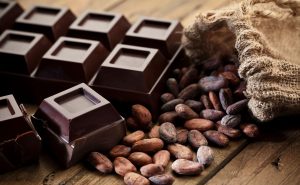 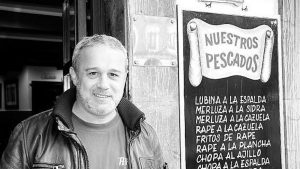 Next post What happened to Iván Armesto, the Asturian who participated in the first edition of Big Brother
Admin