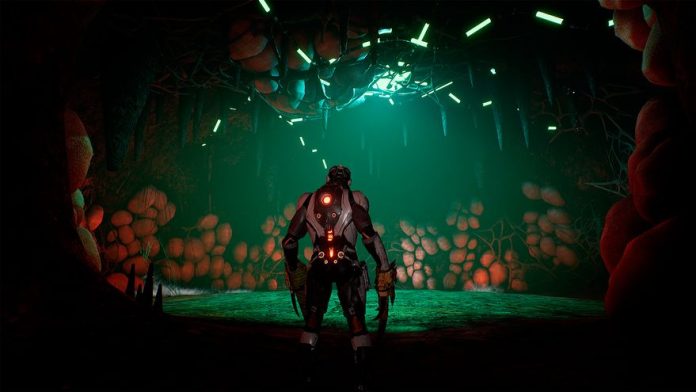 Prime Matter and Massive Work Studio combine forces to announce that ‘Dolmen‘, his third-person action RPG set in a cosmic horror universe, will be released on May 20, 2022. Set in a science fiction universe where humanity has colonized various star systems using the technology of space travel and genetic manipulation to adapt to conditions, the experience will set players fighting across a distant planet – Revion Prime. trying to unravel a mystery of alien species, corrupt corporations and unknown dimensions. behind seems to be an alien species called Vahani, which wanders the universe altering the genetic makeup of other species; however, whether his motives are noble or rather malevolent remains to be seen. A crystal called Dolmen is suspected to be the key to his work; Revion Prime is in abundance and the player will have to explore its secrets. The Reviam system is far from the main enabled zone of the galaxy, but it came to the attention of the Zoan Corp. for emitting different radiation than other systems, suggesting the presence of other universes. Before the events occurred, there was no evidence of the existence of other dimensions. The scientific and military interest of this discovery could destabilize the existing political balance, but, in addition, the investigation on the planet also revealed the presence of the Vahani alien species; whose job seems to be to wander the universes helping other species to evolve. The player must discover the secrets of Revion Prime and the Dolmen crystals. On the occasion of the announcement, a new trailer has been distributed that shows the cooperative and multiplayer game modes. ‘Dolmen’ will be released on May 20, 2022 on PlayStation 4, PlayStation 5, Xbox One, Xbox Series X | S and on PC, both physically and digitally.

Share
Facebook
Twitter
Pinterest
WhatsApp
Previous articleDoubts, stadiums and… Hugo Duro
Next articleVirus Carinhoso presents EP Capella at Casa Preta
sonu
sonu is a content writer who had worked on various niches. And served many clients. He is a management student also interested in research and marketing. His hobby is writing, reading and sketching. He is also a good orator.
RELATED ARTICLES
Lifestyle