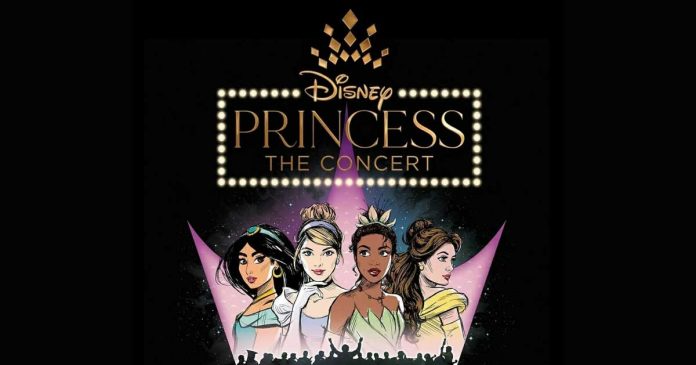 Disney Concerts announced on the 5th of October, Tuesday on Twitter and Instagram that the forthcoming Disney Princess Concert tour has been postponed owing to worries over the spread of Covid-19, according to Billboard.com.

Through songs, animation, and storytelling, the presentation celebrates iconic Disney princesses. Check out their Instagram post below:

The statement read, “Out of the best interests for the health and safety of our ticket buyers and their families, Disney Princess – The Concert shows scheduled to take place between Nov. 1 and Dec. 12, 2021, are being rescheduled to 2022.  Shows scheduled between Feb. 1 and April 16, 2022, remain as planned.”

The 85-city Disney Princess Concert tour is set to kick off in Macon, Georgia, and will feature Broadway stars such as Christy Altomare, who was Anya in Anastasia; Susan Egan, who was Belle in Beauty and the Beast; Courtney Reed, who was Jasmine in Aladdin; and Aisha Jackson, who starred as Anna in Frozen.

Anneliese van der Pol, who has been in Disney Channel shows such as That’s So Raven and Raven’s Home, will also star in the film.

The Princess tour dates, which were originally set for February 1 to April 16, 2022, are still on track.

Following the discovery of breakthrough Covid cases inside the production company, performances of Disney’s Aladdin on Broadway from October 10 were canceled last week.

On Tuesday, October 12, the famous musical will recommence performances at The New Amsterdam Theatre.

Due to breakthrough COVID-19 outbreaks, Disney’s ‘Aladdin’ on Broadway had to cancel Wednesday night’s performance, only one day after the play reopened for the first time in 18 months.

The production wrote in a tweet, “Through our rigorous testing protocols, breakthrough COVID-19 cases have been detected with the company of Aladdin at The New Amsterdam Theatre. Because the wellness and safety of our guests, casts, and crew are our top priority, tonight’s performance, Wednesday, September 29th, is canceled.”

The tweet added, “We will continue to provide support to the affected Aladdin company members as they recover.”

This is the very first Broadway cancellation owing to COVID-19 since shows re-started on the Great White Way, according to The Hollywood Reporter.

This summer, theatres began reopening, and major musicals such as ‘Chicago’ and ‘Hamilton’ returned earlier this month.

Everyone had already become enthralled, but that’s also understandable.

See also  Last Voyage of the Demeter Is Coming Soon!
Share
Facebook
Twitter
Pinterest
WhatsApp
Previous articleWhen Will Megan Fox’s ‘Till Death’ Movie Release to Netflix?
Next articleLocke and Key Season 2 Release Date, Trailer, Plot & Story
jai prakash yadav
Who's with whom? Which celebrity just broke up? Which singer just got into a scandal? I am the one who takes care of all your Hollywood Celebrity Gossips at (cuopm.com). With a prior experience of more than four years in writing, I am an industry insider with gossips that you will die for.
RELATED ARTICLES
Entertainment