Diego invades interview at Fla and embarrasses reporter: ‘Everything goes’ 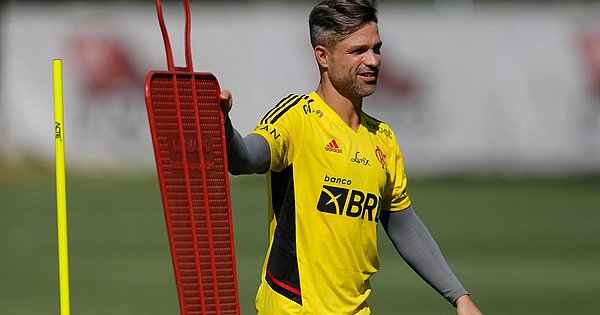 Flamengo midfielder interrupted a journalist’s conversation with Thiago Maia, who was confused An attitude by Flamengo midfielder Diego caused a huge uproar at CT Ninho do Urubu and went viral on social media. The player, who is in the reserve of coach Paulo Sousa’s team, invaded an interview to embarrass journalist Venê Casagrande, from SBT.

The episode took place after the activity of Flamengo this Tuesday (26), and was filmed by Diego himself. In the video, he appears entering a room in the CT, where Venê was talking to the steering wheel Thiago Maia. The teammate, by the way, is confused, even asking if Diego was addressing him. “Me?”, says shirt 8, apparently annoyed. Diego, in turn, replies: “Not you, Thiagão! You are 10”. After filming the scene, the midfielder leaves the scene. The video spread across social media. Look:

See also  Griffin Gluck and Jones enjoyed playing villains, they are planning to return for Locke and keys season 3
Share
Facebook
Twitter
Pinterest
WhatsApp
Previous article‘Splatoon 3’: the fun and colorful shooting video game receives release plans
Next articleTwitch prepares cuts in payments to streamers
suddz
Sudeshna is an engineering in making but has is keen towards writing blogs, news articles, product reviews and more. You would find her making use of the pen and paper in her free time.
RELATED ARTICLES
Entertainment