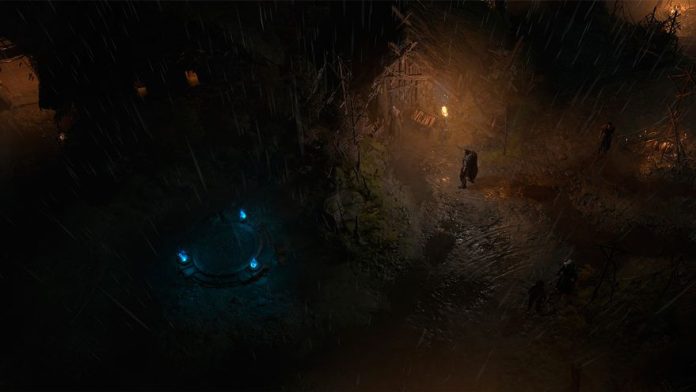 Blizzard has published the first update of the year with information about the development of ‘Devil IV‘. The material, focused on the presentation of environments and the progress made by the art team, also reveals its intention to deliver more than 150 dungeons in the game, all of them built from elements that randomly fit together. “Many artists must work together to ensure that Diablo IV delivers pride-worthy visual quality and an immersive world that invites players to explore,” explains director Joe Shely. As he points out, although the game is still in development, the team would be close to achieving that level of low-fantasy, dark gothic horror that its makers are seeking.

at the mercy of the waves

Among the environments shown by Blizzard is “Scosglen Coast”, an area made up of uncharted beaches and wild coastlines. The developer has found it important to represent the local fishing villages in a believable way, including, for example, details of boats swaying in the waves and fishing nets swaying dynamically in the wind. “We do our best to tell the story of what happened there. The drowned, coming out of the sea, drag with them accumulated elements and leave behind them relics of lost cultures as they devastate the beaches of Sanctuary, ”explains Matt McDaid, in charge of the artists assigned to create the exterior sets of ‘Diablo IV’.

The update also shows the first glimpses of Kyovashad, a medieval settlement with a cold and harsh climate, and the Orbei Monastery, a secret Zakarum cult building in the middle of a rural area. Despite being in an advanced state of disrepair, the area remains a hotspot that adventurers in search of secrets should explore. Blizzard also released more details about “Sanctuary Dungeons,” which, like previous ‘Diablo’ games, will continue to be randomly created. “In order to generate more than 150 dungeons, we needed to change the way we create environmental art, providing the flexibility to use them in multiple locations, not just one dungeon,” explains Brian Fletcher, ‘Diablo IV’ Labyrinth Design Lead.

See also  'Final Fantasy XIV Online': everything you need to know before the arrival of the April patch

As an example of operation, the developer has distributed the video “Forgotten Places of the World”, which reflects the state of abandonment of the world and the “return to darkness” that the game wants to convey. In the case of the dungeon revealed, the intention is to show a world that looks different from the one built by the surface dwellers. According to Blizzard, the intention of its artists is always to create scenarios with subtle visual marks that help make the environments unique. No release date, ‘Diablo IV’ is expected sometime in 2023 with versions confirmed for PC, PlayStation 4, PlayStation 5, Xbox One and Xbox Series X|S.

Share
Facebook
Twitter
Pinterest
WhatsApp
Previous articleThe best start of the year
Next articleThree hostages are released from captivity in the neighborhood of São Cristóvão, in Salvador
sonu
sonu is a content writer who had worked on various niches. And served many clients. He is a management student also interested in research and marketing. His hobby is writing, reading and sketching. He is also a good orator.
RELATED ARTICLES
Lifestyle