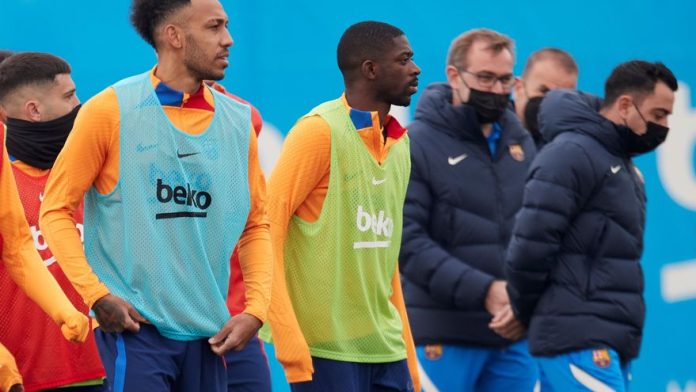 Barcelona striker Ousmane Dembélé was summoned by Xavi Hernández to face Atlético de Madrid this Sunday , at the Camp Nou, in a league match, after not wanting to accept the renewal offer or look for another destination during the winter market.

Thus, Dembélé will once again count for Xavi after not being called up for these reasons against Athletic Club in the Copa del Rey and against Alavés in the League.

The casualties against Atlético de Madrid are Ansu Fati, Sergi Roberto, Memphis Depay, Eric Garcia and Clément Lenglet, who this week suffered an injury to the femoral biceps of his left leg. On the other hand, Xavi recovers Pablo Páez Gavíria 'Gavi', who served a suspension against Alavés.

"We have decided to make him part of the squad"

Xavi Hernández explained that the club has decided that "Dembélé be part of the squad" after entering the squad to face Atlético de Madrid, despite not having renewed or accepted a departure during this winter market, which be summoned against Athletic Club and Alavés.

"We have all met and we have made this decision. We cannot shoot ourselves in the foot. Ousmane can help us. He has been a good professional both when he has played and when he has not been called up. We will use him when I see fit" , added the Barça coach at the press conference prior to this Sunday's match.

Asked if the French footballer could be received negatively by the Camp Nou, Xavi replied that he understands that "the 'cule' fans may be hurt by the situation." But he hopes "that ranks will close and the team will be encouraged, including Dembélé."

On the offensive plot, Barça will also have the news of Adama Traoré and Pierre-Emerick Aubameyang, the last two signings of this winter market. "Adama and Aubameyang are in good physical condition, although perhaps Adama is a little better, because 'Auba' recently passed the covid," reported Xavi.

In addition, the Barça coach praised the work done by the club during the winter market, in which Ferran Torres and Dani Alves also arrived: " The club has done a great job, both Mateu Alemany and Jordi Cruyff and the president. Circumstances were not easy due to the 'fair play', and the signings make the team stronger. I'm happy".