Delegates decide to hand over positions and suspend operations throughout Bahia 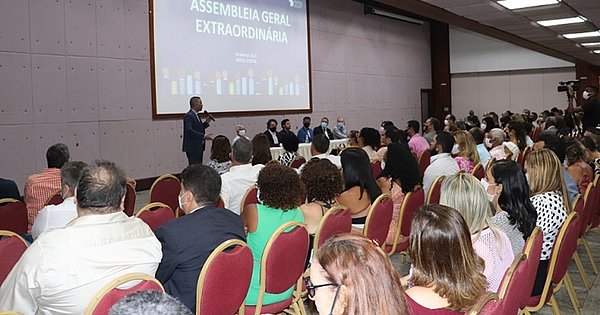 More than 300 delegates met this Monday morning (14th) in the auditorium of the Fiesta hotel, in Salvador, to discuss the future of the class. According to the Bahia Police Delegates Union (Adpeb), the category decided to hand over the positions and suspend police operations for 30 days. The union informed that the decision was motivated by the 4% increase granted by the State Government – considered insufficient – and the absence of dialogue on the part of the administration, in addition to the lack of investments in the institution, in structure and in the hiring of personnel. “Our governor Rui Costa lives in his office and throughout his administration his main practice was to cut benefits from Public Security servers, thus showing the neglect he has with the portfolio, while society suffers from harmful consequences. ”, says Adpeb president Fabio Lordello. Currently, the Civil Police delegates of Bahia are among the worst salaries of the category in all the states of the country, occupying the 24th position in the salary ranking. “The category no longer accepts is in the penultimate position in the ranking of delegates’ remuneration in Brazil, so either the administration sits down to talk or the class will fold its arms”, says Lordello. According to the deliberations carried out at the assembly, the expectation is that Governor Rui Costa will attend to the entity until March 21, if this does not happen, signatures will be collected and the delivery of all Civil Police positions held by delegates will take place on from the 25th of March. Also at the meeting, it was defined that as of this Monday, all operations and the fulfillment of warrants are suspended, in addition to representations for new precautionary measures, including the protective measures arising from the Maria da Penha Law, for a period of 30 days. The CORREIO contacted the state government, but did not receive a response at the time of publication.

See also  Outer Banks Season 3: Release Date, Cast and Plot
Share
Facebook
Twitter
Pinterest
WhatsApp
Previous articleFour years after its debut, The Crew 2 will receive an update for Xbox Series and PS5
Next articleGoogle announces that Steam will come to some Chromebooks
suddz
Sudeshna is an engineering in making but has is keen towards writing blogs, news articles, product reviews and more. You would find her making use of the pen and paper in her free time.
RELATED ARTICLES
Entertainment