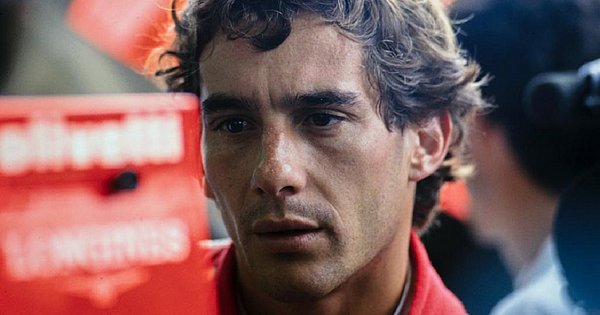 Even for those who don’t like motorsport, the word Tamburello brings negative memories to mind. It is the name of the famous curve of the Circuito de Ímola where Ayrton Senna suffered a serious accident that cost his life, in 1994. The death of the idol, who turns 28 exactly this Sunday (1st), brought profound changes to the safety of the Formula 1, with direct consequences for Tamburello, which has been completely redesigned since that tragic weekend. Until that San Marino GP, the corner was one of the fastest in F1 history. It was shallow and long, allowing riders to get into high gear, without letting their foot off the accelerator from start to finish. They often exceeded 300 km/h. Not by chance, the place had already been the scene of serious accidents before 1994, one of them suffered by Nelson Piquet, in 1987. Everything changed on the weekend of May 1, 1994. Three serious accidents happened between Friday and that Sunday, one each day. In the first, during free practice, Rubens Barrichello left the track unconscious and at risk of death when he crashed into the Lower Variant, a curve that came just before Tamburello. On Saturday, Austrian Roland Ratzenberger lost his life in qualifying. And, on Sunday, Senna couldn’t control his Williams and hit the protection wall. For the following year, the direction of the circuit, officially christened Autódromo Internazionale Enzo e Dino Ferrari, promoted radical changes at Tamburello. The long curve was “broken” in half to make way for a chicane. The objective was to reduce the speed of the pilots in that stretch. The mischaracterization was criticized by many at the time. Tamburello was one of the brands on the track. In the following years, new adjustments were made to the famous corner, making it even slower. New escape areas emerged on both sides, despite physical restrictions. In this section of the racetrack, the track is limited on the right by the Santermo River, which almost follows the route outside the circuit. On the left, there is a small football stadium, inside the racetrack, where Imolese, from the third division of Italian football, play their games. These geographical barriers made the curve even more risky. “The Tamburello was a little dangerous because the escape area wasn’t that big”, remembers Felipe Massa, to Estadão. The F-1 world runner-up in 2008 says that those tragic accidents ended up becoming a watershed in the category . “That weekend was the most important for the safety of Formula 1,” explains Massa. “From then on, a lot of work was done to improve safety and the tracks. The thinking and mentality changed completely. A weekend as ugly and sad as that ended up saving many lives from then on, until today.” The driver himself ended up helping indirectly in the safety of the F-1, after the serious accident he suffered in 2009. Massa was hit in the head by a loose part on the track. After that, F1 made changes to the helmets to avoid similar episodes. The impact of those accidents at Imola can be measured by the numbers. In the 1970s, F-1 recorded nine deaths. In the 1980s, that number dropped to four. The deaths of Senna and Ratzenberger were the only ones throughout the 90s. And, after that fateful San Marino GP, the category suffered only one casualty, 21 years later. Frenchman Jules Bianchi lost control of his Marussia in heavy rain. at the 2014 Japanese GP. His car ended up hitting a tractor that was removing Adrian Sutil’s Sauber from the exhaust area. Bianchi died nine months later, in July 2015, after repeated surgeries and constant intensive treatment. “I don’t think Formula 1 is a dangerous sport. But of course it has its risks. That will always exist in motorsport. But today it is. a much lower risk compared to Senna’s time. Since then, we have had fewer accidents and the ones that do happen are less serious than in the past”, compares Massa.

See also  Man Photographed as Baby on 'Nevermind' Cover Sues Nirvana
Share
Facebook
Twitter
Pinterest
WhatsApp
Previous articleLidl’s applauded solution to cover the street light without installing a blind
Next articleThey get Windows 11 to work on both screens of the Surface Duo
suddz
Sudeshna is an engineering in making but has is keen towards writing blogs, news articles, product reviews and more. You would find her making use of the pen and paper in her free time.
RELATED ARTICLES
Entertainment