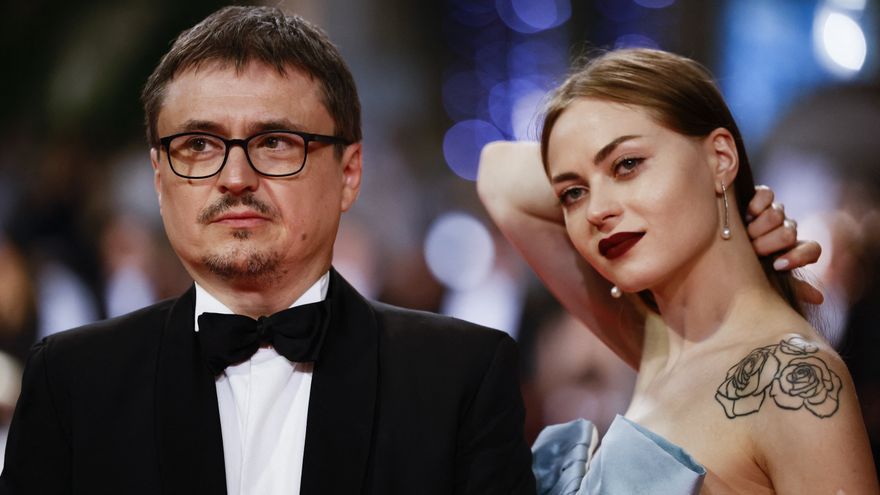 Cristian Mungiu, with the actress Macrina Barladeanu, before the premiere of ‘RMN’ in Cannes. the romanian Cristian Mungiu uses his cinema to tackle the big issues. ‘4 months, 3 weeks and two days’ (2007), the film that gave him the Palme d’Or, talked about abortion; ‘Beyond the hills’ (2012) was about religious fanaticism; ‘The exams’ (2016), denounced systemic corruption. And the fiction with which this year he returns to compete in Cannes, ‘NMR’also touches on a very serious matter, the xenophobia, and for this he portrays a town whose inhabitants take the fascist inside them out for a walk as soon as the local bakery company hires some Sri Lankan workers. Racism is bad, any decent person knows that. And that consensus works against Mungiu. If his best works use narratives that move against the clock to pose intractable moral problems, ‘NMR’ offers us no dilemma to solve. It is a very simple film, and all the plots and symbolic elements that the director incorporates into it do not make it more complex, but they do make it more confusing. In any case, ‘RMN’ gains a lot if compared to ‘Frère et soeur’, which also aspires to La Palma. The French Arnaud Desplechin is a director capable of extraordinary sophistication and finesse but who’s been mired in a creative crisis for years, though that doesn’t make it any easier to understand what he was thinking when he wrote this story about a brother and sister who hate each other dead – why is never explained, although the only plausible reason is that they are both insufferable people-; words fall short to describe the levels of affectation, hysteria and pretentiousness of which the film shows off while contemplating them but, in any case, what bothers the most about it is what should be its climactic scene, and in which it is betrayed as a practical joke to the viewer.

See also  With more reasons than ever