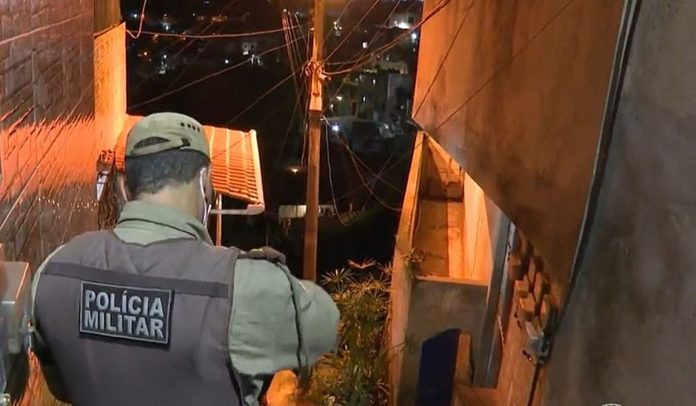 A woman and her granddaughter were taken hostage by a fleeing criminal on Monday afternoon (24), in the Arenoso neighborhood of Salvador.

According to the Military Police, the crime took place around 3 pm, when suspects of having stolen a vehicle, fleeing from the police, entered the neighborhood, where they were shot by other individuals. One of the men was hit.

The perpetrators of the shots, realizing the approach of the PMs, fled. The suspect shot was rescued by the Mobile Emergency Care Service (Samu). There is still no information about his health status.

One of the shooters, on the run, broke into a house on Rua Pedra Grande, in Arenoso, where he took a woman and her granddaughter hostage.

Still according to police, after negotiation, the man surrendered. The case was presented to the Department for Repression and Combat of Organized Crime (Draco).

See also  Bridgerton Season 2: Release Date, Teaser and Cast
Share
Facebook
Twitter
Pinterest
WhatsApp
Previous articleHow to register a debit or credit card in the Apple Store
Next article“No Place for Bravery” is postponed to Q3 2022
Admin
Hi, I am Seo expert, an MCU geek, a Star Wars fan, With more than 5 years of experience in the field of entertainment journalism and 28 years of experience in being a movie and TV show geek, I contribute to cuopm.com as its Cheif-Editor. My work here is to provide you with the craftily selected pieces of news from the Entertainment industry so that Pamdemocrat can be your ideal spot for all the latest Hollywood buzz and gossips. Ping me on my email ID below and let's discuss the latest theories and your favorite moments from my favorite TV shows and movies.
RELATED ARTICLES
Entertainment