Costa Rica elects president: former president José María Figueres leads the count, but would not prevail in the first round 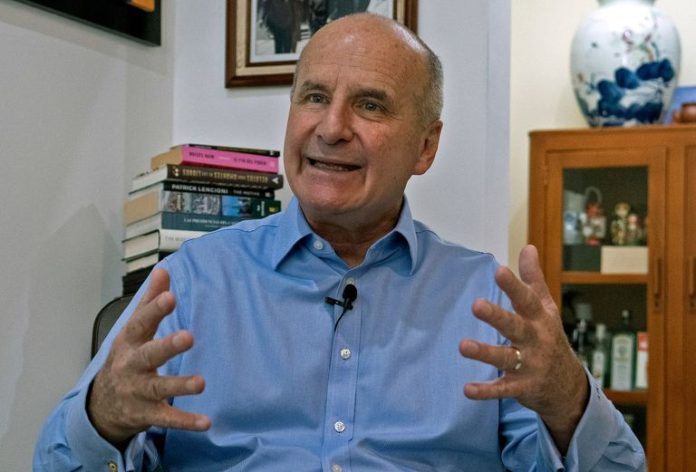 SAN JOSÉ, Costa Rica.- Costa Rica reaffirmed its democracy this Sunday in elections with great citizen participation . According to data from the Supreme Electoral Tribunal, with 70.82% of the tables counted, former president José María Figueres -who governed between 1994 and 1998- obtained 27.32% of the votes. The second place went to the economist Rodrigo Chaves, from Democratic Social Progress, with 16.65%, followed closely by the New Republic candidate, Fabricio Alvarado, with 15.22%.

“I have been saying in this campaign that Costa Rica deserved to win and today they have started to win. He will definitely continue to win with our victory,” said Figueres at his campaign headquarters in San José, to the applause of his supporters.

Meanwhile, Chaves expressed in the midst of the celebration of his voters: "We are now going to a second round and I ask you to leave behind the conflict and the sterile confrontation (…) Mr. José María [Figueres], I beg you for a tall campaign , proactive and ideas”.

The conservative and evangelical Fabricio Alvarado, 47, of the New Republic Party, lost ground, with 15.22%. "This does not end here (…) New Republic is here to stay," he said.

In the race for the presidency in the first round , there was no clear favorite among the 25 candidates, which led to the possibility of a ballot. If no candidate obtains at least 40% of the votes, a second round will be held on April 3 between the two most voted. No candidate came close to that threshold in recent polls. The winner will replace the current president, Carlos Alvarado, who was recently asked by the prosecution to withdraw immunity to prosecute him for charges related to the collection of personal information from citizens. You are not eligible to apply again.

Some 3.5 million Costa Ricans, out of a total of five million, also elected 57 deputies. Of the five candidates with real options to reach the presidency, former center-left president Figueres, who led the polls with 17% support, was the first to vote. “We have a million and a half people living in poverty and half a million in extreme poverty. There is a lack of housing solutions of 160,000 homes. We have never experienced these things to such an extent in this country,” Figueres said. After voting, he visited the grave of his father, former president José Figueres Ferrer, who abolished the Army in 1948.

The Social Christian Lineth Saborío, second in polls with 13%, voted after noon. “We feel we are achieving our goals. We are sure of the results, we are going to continue advancing”, said Saborío. The candidate has been sure of going to the second round and has rejected criticism for her participation in the debates. “Maybe I'm not good at debating. That can be solved with a good training course (…). When we talk about values and principles, that is not learned anywhere, "he said after casting his vote.

Third in the polls, with 10.3%, is the evangelical conservative Fabricio Alvarado, a New Republic candidate, who contested the runoff in 2018, but lost to the outgoing president, Carlos Alvarado. "It has been a physically tired campaign, but we are happy and with the expectation of achieving the goal and winning these elections," he said.

The other candidates with options are the right-wing economist Rodrigo Chaves (8.2%) and the leftist José María Villalta (7.6%). Known for being the first country in Latin America in the 2018-2020 global happiness ranking and its environmental activism, Costa Rica sees its joy overshadowed by a severe financial and social crisis.

In the last quarter of a century, Costa Rica has had sustained growth in its Gross Domestic Product (GDP), high indicators of human development and universal health coverage, in the midst of one of the most "full" democracies on the continent, according to The Economist. However, although in the political aspect the country remains an oasis in the region, its economic model began to show cracks evidenced by the coronavirus pandemic, especially for young people and the less favored classes. According to surveys, the biggest concerns of Costa Ricans are unemployment (located at 14%) and the management of the economy, along with corruption, which affected the outgoing Alvarado, whose party (PAC) received less than 1% of support.

According to electoral legislation, to avoid the second round, a candidate must achieve 40 percent of the vote. If not, the two most voted will face each other in a new vote on April 3.

With information from the Reuters agency and DPA