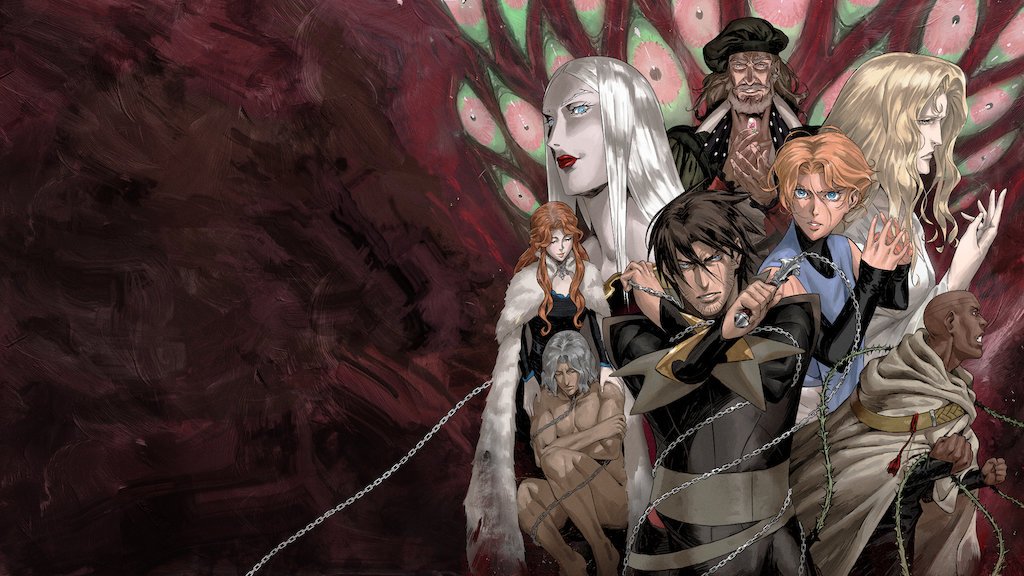 Set back in the dark ages, the vampire Dracula, Vlad Tepes, is too real and lives in Wallachia. A clan of humans, the Belmonts, who Tepes distinctly hates, have constantly been fighting Dracula through generations.

The series has built a fantastic world to live in: a combination of magic, mysticism, religion, action despair and dark and gory themes, recurring characters, and unique members.
The show has exciting subplots and dynamics to keep it going, such as the despair faced by Dracula, the corruption of the Church, the effect it has on Trevor and Sypha, the backstories of certain characters, and the vampire politics- expertly woven with a natural touch.

The battle scenes could go on par with any well-established anime, and each character is fleshed out full of life, and that’s what makes it regal. Castlevania creators did care about telling us a good story, and the character development was done well. They successfully transformed a game that consists of many killings throughout a labyrinthine castle into a drama series in a beautiful art style.

However, the show has four seasons and 32 episodes, has officially wrapped up with the fourth season as a finale with a happy ending and all the characters moving on. So, what can the fandom expect next?

Netflix had promised the fans will be able to revisit the mystical world of vampires, and Belmonts will return to the screens, in one way or another. Netflix has now officially announced a spin-off series that will precisely follow Richter Belmont, Trevor Belmont’s son.

The story is set against the backdrop of the French Revolution in 1792. There is still a lot of material that can be adopted from video games, but any actual specifics aren’t revealed.

See also  The Elder Scrolls 6: everything you desire to know to get out of the delusion of its arrival.

No official release dates are talked about either.
More likely, the spin-off would be centered on charting the lives of the Belmont time.
Many other stories are equally fitting for a spin-off. Wouldn’t one love to dive deep to know more about the weird Saint Germain or the upswing of Carmilla in Styria?

The massive success of Castlevania and a loyal army of fans verifies that the Castlevania finale. Is just the beginning of a new era, as the universe keeps growing even more significant, and fans are already eager for Castlevania’s blood-soaked swansong.