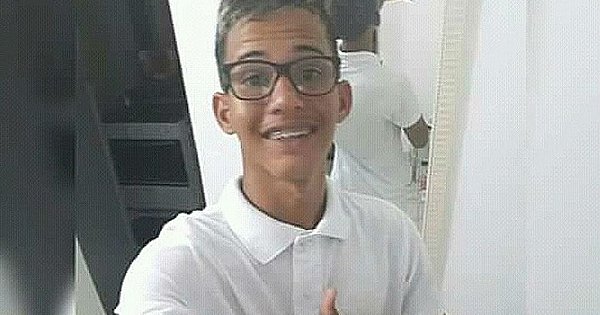 The owner of a kayak company Eduardo Jorge Meireles and his employee, Ramon Neto Costa, will go to the jury this Monday (21), to answer for the death of the young Diogo Lira Ferreira, who drowned in the São Francisco River, in Juazeiro, northern Bahia, in September 2018. At the time, the 16-year-old teenager was reportedly forced by the pair to jump into the water. The jury was scheduled for February 10, but Eduardo and Ramon’s defense presented a last-minute report, the contents of which were not disclosed, and the trial was postponed to this Monday. Eduardo Jorge Meireles da Cunha and Ramon Neto Costa were denounced by the Public Ministry of Bahia (MP-BA) for the qualified murder of teenager Diogo Lira Ferreira, which took place on September 7, 2018, in Juazeiro, in the São Francisco Valley. Diogo drowned in the São Francisco River after Ramon approached him when he was in a kayak, in the middle of the river, and took his life jacket. At the time, according to witnesses, the teenager was forced to get off the boat and continue swimming, but he did not know how to swim. In the complaint, prosecutor Raimundo Moinhos explains that two teenagers had rented a double kayak from the company Kayaque do Vale, along with two life jackets, for an hour of use on the São Francisco River. The prosecutor claims that the two would have exceeded the time, which led the person in charge of the establishment, Eduardo Jorge, to order Ramon to use another kayak to “go to the teenagers and take the vests and the kayak”. At the time, a friend said that the employee was annoyed because, on the trip, two more people climbed into the kayak. The prosecutor highlighted that the victim was approached “by surprise, in the middle of the river”, which made his defense impossible. The crime was also qualified as a futile reason, since they were forced to go down “only because they exceeded the time of rent”. Even “aware that the current is violent in the region and cases of drowning are routine”, the accused ordered them to “swim back”. According to the prosecutor, such a procedure constitutes eventual malice – they assumed the risk that the young man could die. The CORREIO tried to contact the defense of Eduardo and Ramon, but was not successful until the closing of this report.

See also  Manifest Season 4 will Officially Return to Netflix
Share
Facebook
Twitter
Pinterest
WhatsApp
Previous articleAnnounced the development of ‘Street Fighter 6’ and the release of ‘Capcom Fighting Collection’
Next articleNVIDIA RTX 30 Series Founders graphics cards are showing expansion marks under load
suddz
Sudeshna is an engineering in making but has is keen towards writing blogs, news articles, product reviews and more. You would find her making use of the pen and paper in her free time.
RELATED ARTICLES
Entertainment