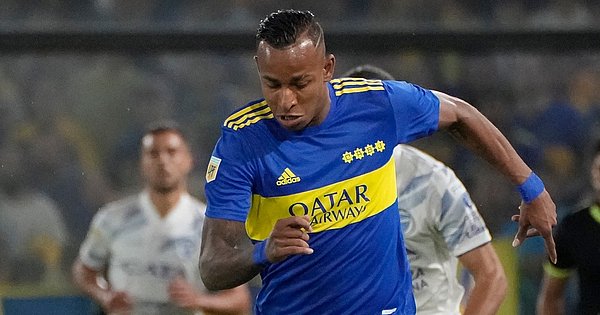 The striker Sebastián Villa, from Boca Juniors, became a highlight in the police pages this Friday (13). The player was charged with rape and attempted murder, according to the newspaper La Nación. The crime would have occurred on June 26 of last year. In a statement, the alleged victim claims that Villa sexually abused her and then tried to kill her at her home in Canning, Buenos Aires. She defined the attacker as “a violent and aggressive person”. Still according to the young woman, who had her identity protected, the player would have ingested a large amount of alcohol. The woman was treated in a hospital and, after that, the Colombian would have offered 5 thousand dollars for her not to make the complaint, which was only made this Friday. According to the young woman’s lawyer, Roberto Castillo, she only took the initiative now because she was afraid. “There is enough evidence even to reach a conviction. It is an extremely serious crime that has to be repaired with the victim,” Castillo told Tyc Sports. The player will have to report to the police, on a date yet to be defined, to answer questions. This is not the first time Sebastián Villa has appeared on the police news. In 2020, his then-girlfriend Daniela Cortés accused him of domestic violence. The striker was removed from the Boca Juniors squad, but was later reinstated. According to Argentine newspapers, the case was brought to trial last year and is still ongoing.

See also  Harry Potter: Chris Columbus Wants To Make Another Film
Share
Facebook
Twitter
Pinterest
WhatsApp
Previous articleThe plans of Albert Oliver, who retires from basketball at the age of 43
Next articleGoogle creates an app to synchronize health and fitness data
suddz
Sudeshna is an engineering in making but has is keen towards writing blogs, news articles, product reviews and more. You would find her making use of the pen and paper in her free time.
RELATED ARTICLES
Entertainment