The much-anticipated and contentious “Bigg Boss 15” reality show has already gotten off to a terrific start, and the last Weekend ka Vaar was a treat to watch. Salman Khan, the show’s host, was seen criticizing and assessing the competitor’s level of performance.

In BB 15, six competitors were featured in the nominations for the second week. Sahil Shroff was the first contender to be removed from the 15th series, as spectators saw over the last to last weekend. The second week’s voting results take an unexpected turn. Farah Khan had visited the Bigg Boss Season 15 house and evaluated all of the candidates from 1 to 15. She stated that no eliminations will take place on Sunday’s weekend ka vaar episode since she was departing the program and said farewell to the housemates.

Despite the fact that Ieshaan Sehgaal had the fewest votes, no one was removed. This is said to be due to the fact that he would be presenting romantic content alongside Miesha Iyer. In a short period of time, their dynamics had evolved dramatically.

Who knew everybody could possibly be in for a double mid-week eviction.

Tejasswi and Jay had an argument during a task. Whereas,  Pratik, as usual, played dirty games and plotted to play the leadership duty unjustly. As a result, he got into an argument with Jay when Meisha admitted to seeing Pratik hide a vital element of the task.

As per Bigg Boss Season 15 Live Feed, Bigg Boss invites contestants to give two names with the highest majority for eviction, citing a shortage of show content.

And according to the majority, there are only two names that come to mind when Bigg Boss Season 15 is mentioned. Then, Vidhi Pandya and Donal Bisht are rumored to be eliminated. 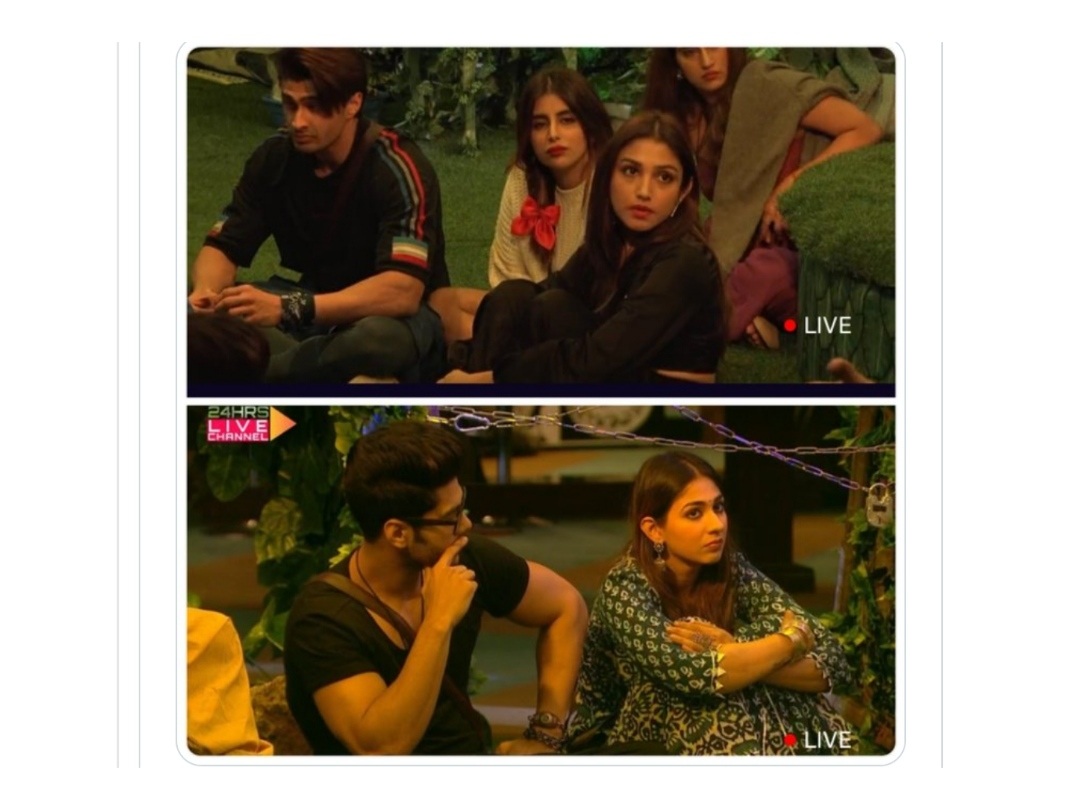 Fans have expressed their dissatisfaction with the decision on Twitter, claiming that the two should have been given another chance.

Some even say that all of the gharwaasis have been transferred to the jungle to go and live with junglewaasis, including Pratik Sehajpal, Nishant Bhat, Shamita Shetty, Vishal Kotian, Tejaswi Prakash, and Akasa Singh.

Furthermore, it is believed that Nishant Bhatt, the new captain has nominated the following contestants for the upcoming Weekend Ka Vaar:

All Nominated by Captain #NishantBhatt

We can’t confirm if it’s accurate because none of it has been aired yet. You may, though, wait and see what’s coming next.

Share
Facebook
Twitter
Pinterest
WhatsApp
Previous articleNational Treasure 3 Renewed: Expected Storyline & Latest Updates
Next articleNTA NEET 2021 Entrance Exam Result Date, Final Answer Key and Time
jai prakash yadav
Who's with whom? Which celebrity just broke up? Which singer just got into a scandal? I am the one who takes care of all your Hollywood Celebrity Gossips at (cuopm.com). With a prior experience of more than four years in writing, I am an industry insider with gossips that you will die for.
RELATED ARTICLES
Entertainment