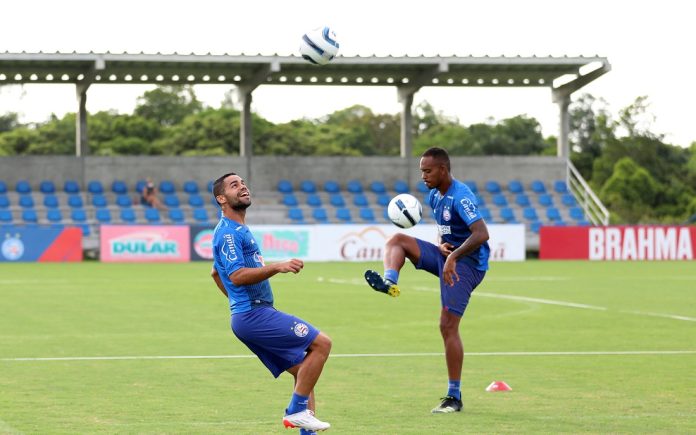 The Northeast Cup will start for Bahia this Saturday (29), when they face Campinense at 4 pm, at the Amigão stadium, in Campina Grande, Paraíba. The match is valid for the second round, but it is the first for the Bahia team.

The tricolor starts its journey in the competition defending the position of current champion. In addition, it tries to achieve an unprecedented feat. If he wins the championship, he will isolate himself as the biggest winner of the tournament, with five cups. Currently the Esquadrão is tied with Vitória with four achievements. Sport has three.

Faced with the responsibility of keeping 'Orelhuda' in CT Evaristo de Macedo, the players aim for the triumph to start well in the dispute. Bahia is in group B of Nordestão, which is led by CRB and Sousa, with three points each. Altos and Náutico have also played and appear with a point. The group also has Botafogo-PB, Floresta and Ceará, which, like the Squadron, will debut this weekend.

“We will have a sequence of important games in the coming weeks, and it is essential to be prepared. It's time to turn the key and focus on the Northeast Cup. We hope to perform another good performance, this time against Campinense”, said right-back Jonathan, who started in the 1-0 victory over Doce Mel, for the Bahia Championship.

Coach Guto Ferreira won reinforcements for the away match. Argentine midfielder Lucas Mugni and Colombian striker Hugo Rodallega embarked with the delegation to Campina Grande and are at the coach's disposal. They were left out of the confrontation with Doce Mel, but the trend now is for them to start as holders. In the last activity before the match, Rodallega trained in the place of the boy Marcelo Ryan, while Mugni got the better in the dispute with Daniel.

“Professor Guto passed on information about their team, the main pitfalls, and we have to go in focused. We are going to find a very competitive team and our level of concentration needs to be high to take advantage of the chances that appear to kill the game”, analyzed striker Marco Antônio.

By the way, if Bahia aims to isolate itself as the biggest winner of Northeast, Guto Ferreira has the same possibility on the horizon. He starts the competition as the coach who has won the Northeast Cup the most, with two cups (Bahia in 2017 and Ceará in 2019), as well as Arturzinho, twice champion with Vitória (1997) and América-RN (1998). Last year, the chance of the tri escaped for Guto, since commanding Ceará, he was defeated precisely by Bahia in the final.

Campinense
Campinense aims for victory after being in a goalless draw with Náutico, away from home, in the first round. Although the team from Paraíba has never beaten Bahia for the Northeast Cup, coach Ranielle Ribeiro says he will use the imposition to get the better of it.

“We will have to respect Bahia as we respect Náutico, but when we have the ball, we will need to be the Campinense we always were. A Campinense that is more incisive, more acute and, above all, without feeling so much the weight of the debut”, he pointed out.

Check out the possible lineups:

Share
Facebook
Twitter
Pinterest
WhatsApp
Previous articleX-Men | Hickman leaves the mutant titles, but the Krakoa phase remains firm
Next articleHarley-Davidson brings Pan America to Brazil in the 2nd semester
Admin
Hi, I am Seo expert, an MCU geek, a Star Wars fan, With more than 5 years of experience in the field of entertainment journalism and 28 years of experience in being a movie and TV show geek, I contribute to cuopm.com as its Cheif-Editor. My work here is to provide you with the craftily selected pieces of news from the Entertainment industry so that Pamdemocrat can be your ideal spot for all the latest Hollywood buzz and gossips. Ping me on my email ID below and let's discuss the latest theories and your favorite moments from my favorite TV shows and movies.
RELATED ARTICLES
Entertainment