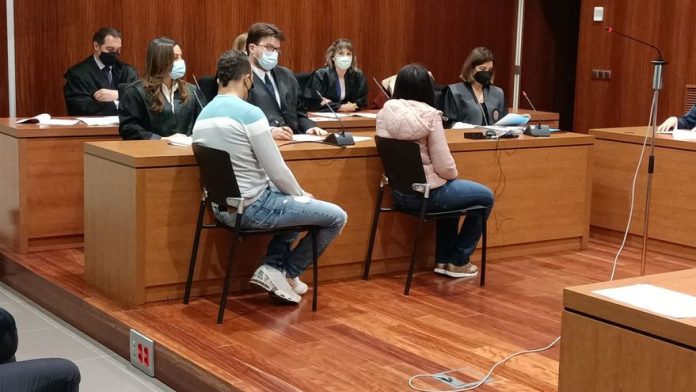 Guilty of murdering, torturing, robbing and holding José Antonio Delgado against his will. That has been the verdict of the popular jury regarding Hendangeline Candy Arrieta, aka Dulce Ángel, and Mohamed Achraf by the one known as badoo Crime, It happened in the Zaragoza town of Pedrola in 2019. The popular court also considered that the couple who bought the victim’s Mercedes 220 were defrauded. Hence they face a maximum penalty 35 years old who requested the private accusation, exercised on behalf of the family by the Bilbao criminal Estefanía Rojo. The prosecutor Ana Díez asked for 32 years, as well as a compensation of 276,843 euros for the relatives (parents, son and two brothers) of the murdered computer scientist. They also demand five years of supervised release and a 25-year ban on approaching the family of the murdered person or Luceni, the place where the victim was kidnapped. The other lawyer in the case, John Joseph Serrawho represented the marriage that acquired the vehicle and advanced 11,000 euros in cash, of the 21,000 in total, asked for 3 years in prison for fraud and the return of that amount. Against this position was that of the defenses, exercised by the lawyers Carmen Sanchez Herrero and Luis Angel Marcenended up requesting the minimum sentences: 20 years for murder, two for robbery, two for illegal detention and six months in prison for fraud.