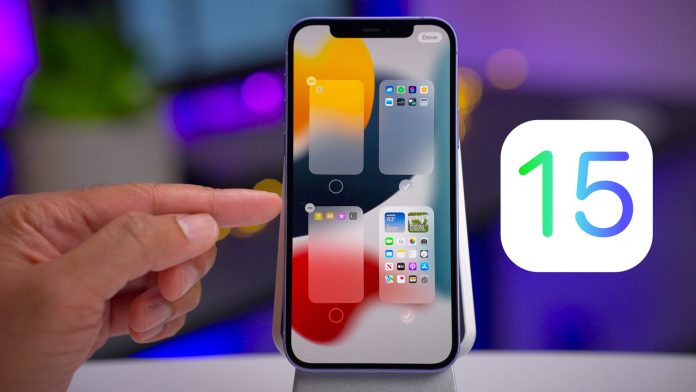 Apple released iOS 15 to the public after eight betas spaced out over three months. You may download and install iOS 15 right now if you have a compatible iPhone. Let’s take a look at all of the devices that are eligible, as well as some of the most exciting new features coming to Apple’s devices.

iOS 15 is jam-packed with new features and if you’re unsure whether it’s worth upgrading or if the new features are worth getting right now, we’ve compiled a list of the finest new features in iOS 15 that you may not be aware of.

iOS 15 brings a number of noteworthy improvements to the Home Screen. To begin, a new default Home Screen look has been added, complete with a pair of tiny widgets docked at the top. Unless you do a full reinstallation of iOS or are setting up a new iPhone for the first time, you won’t see the new Home Screen view right away.

While the redesigned default look is great, the most significant Home Screen improvements allow users to swiftly rearrange and delete pages. Users may drag and drop pages into the appropriate order and remove pages that have been hidden from view by entering Page edit mode.

If there’s text in a photo, the iPhone and iPad will now identify it when you look at it in Photos, preview a shot you’re going to take using the Camera app or view a photo on the web. When text is detected, a small box with three lines of text appears, which you may press to highlight all of the text in the image. 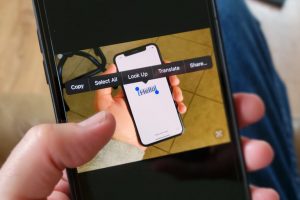 Long-press on an image’s highlighted text to pick, copy, look it up, translate, or share it. Live Text is system-wide, so you can use it everywhere you see an image, and it’s useful for copying notes, tracking receipts, and more.

Focus in iOS 15 might very well be the feature you use the most in iOS 15. The Focus mode, allows users to set up several Focus settings for different sorts of scenarios. For example, you might set up a “work mode” on your iPhone that disables push alerts from EPSN, Facebook, and other recreational applications for a period of time. In a similar context, you might enable a “sleep mode” in which work alerts are disabled and only messages from family and friends are displayed.

Apple released a major Safari redesign but has recently dialed back some of the modifications. As a consequence, the mobile Safari browser seems unique while yet maintaining some of the familiarity of iOS 14.

The default position of the address bar is the most significant new change in Safari. The Safari address bar is now positioned at the bottom of the screen for easy access for the first time. This is a great update that makes using Safari on bigger phones like the iPhone 13 Pro Max much simpler. Swiping left or right on the bottom-anchored address bar allows users to switch between tabs while swiping up on the address bar shows all opened tabs.
Safari for iOS 15 has a new tab groups feature that allows you to group numerous tabs together and give them a name.  Users may now group their favourite websites into tab groups and navigate between them on the fly.

Other notable Safari improvements include support for extensions and available voice search on tabs.

You may be receiving hundreds of notifications a day, many of which are not urgent, depending on how many applications you have installed and your notification permissions.
You may schedule your unimportant messages to arrive at particular times throughout the day, such as in the morning and evening, using Notification Summary, avoiding you from being disturbed throughout the day.

Notification Summary is bypassed for important, time-sensitive notifications, but things like Instagram likes, gaming pop-ups, news alerts, and other similar notifications may be stored until when it’s most suitable for you.

SharePlay is, without a doubt, the most eagerly awaited feature of iOS 15. Unfortunately, it will not be included in the first release of iOS 15. Instead, it will be released a few weeks later to allow Apple to work out a few bugs and performance concerns. 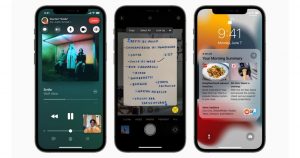 SharePlay, on the other hand, will certainly revolutionize the way you use your iPhone once it is released. Users will be able to FaceTime and exchange media across devices using this functionality. In other words, iPhone users will be able to simultaneously view movies and listen to music with other Apple users. It’s worth noting that the functionality is cross-platform, meaning that iPhone users may share information with Mac and iPad users. SharePlay will also allow users to share their displays with trusted people for the first time.

Siri can also improve its command understanding over time as a device is used, becoming familiar with the contacts you engage with, the words you write, and the topics you choose, all of which are stored on the device.
The Neural Engine enables on-device Siri, which is accessible on iPhones and iPads with an A12 Bionic processor or later.

Many Siri queries now function offline, thanks to the fact that many Siri instructions are processed on the iPhone. With no internet connection, you can set timers and alarms, open applications, control music playing, and access Settings.

On iOS 15, the ability to drag and drop files across applications is a game-changer. iPhone users will now be able to perform basic operations such as dragging a photo from the Photos app and copying it into an email.

If you wish to share a Safari link, for example, you may long-press it and drag it with your finger. You may swipe to quit Safari and open another app, like Messages, where you can drop the link to send it to someone while keeping your finger on the display. 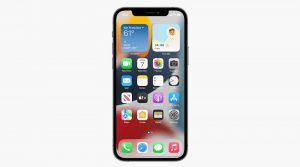 This works for all file formats, and if you wish to drag many files, you may drag one and then pick others by tapping them with another finger to make a stack. From there, the stack may be dragged into another app.

You may now keep two-factor verification credentials with your login and password in the Settings app’s Passwords area, eliminating the need for a separate two-factor authentication software like Google Authenticator.

Similar to any other authentication app, setup takes a QR code or a setup key. When login onto a website, you may receive a code from the Passwords section, but if you’re using Safari, it will autofill, which is really efficient.

Apple is clearly attempting to outmaneuver Zoom with iOS 15. Zoom rapidly became a household name during the COVID pandemic. As a consequence, it revealed how inadequate FaceTime was in contrast. 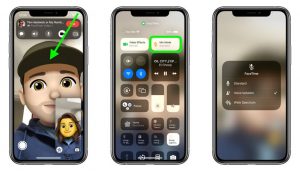 Apple has updated FaceTime in iOS 15 to include a variety of new features. Voice Isolation is one of the most fascinating new features. In brief, Apple has introduced technology that allows a user’s voice to be isolated during a phone call. The function is powered by machine learning and can reduce background and ambient noise.

iPhone users will be able to video chat with Android and Windows users using FaceTime in iOS 15.

What iPhones will be compatible with iOS 15?

Apple does an excellent job of ensuring that new iOS upgrades are compatible with older iPhone models. In this regard, iOS 15 is no different. The following devices will be compatible with the next update:

Overall, the various features and improvements to iOS 15 resulted in a positive experience. Apple will give users the option of opting out of iOS 15 and instead of installing security updates while keeping iOS 14 on their device. Users will be allowed to stay on iOS 14 and get essential security updates, according to Apple.

Share
Facebook
Twitter
Pinterest
WhatsApp
Previous articleBritney Spears is Back on Instagram after Her Engagement
Next articleBatwoman Season 3: Release Date, Cast, Plot and Trailer
jai prakash yadav
Who's with whom? Which celebrity just broke up? Which singer just got into a scandal? I am the one who takes care of all your Hollywood Celebrity Gossips at (cuopm.com). With a prior experience of more than four years in writing, I am an industry insider with gossips that you will die for.
RELATED ARTICLES
Technology