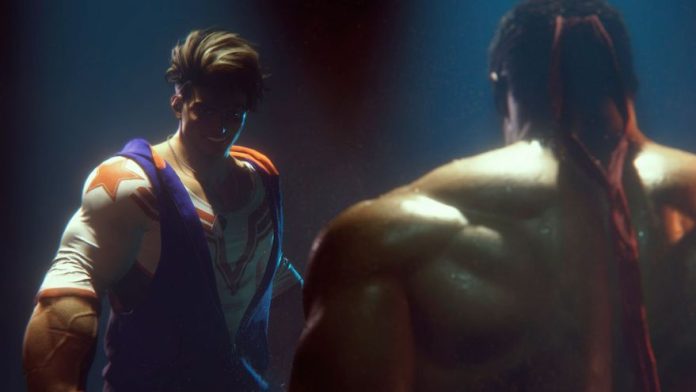 The season finale of Capcom Pro Tour 2021 has been the scenario chosen by Capcom to confirm the development of the sixth installment of its legendary fighting game, ‘Street Fighter 6‘ and set release date to ‘Capcom Fighting Collection‘, a volume that brings together all five Darkstalkers games for PlayStation 4, Xbox One, Nintendo Switch and PC via Steam, which will be released this summer. With more than 35 years behind him and 47 million copies sold To date, the ‘Street Fighter’ series announces its sixth installment through a small ‘teaser trailer’. Despite not offering many details about it, the footage has revealed a small preview of the future of the series, in which Ryu, one of the pillars of the saga, faces the new challenger, Luke. According to the developer itself, the 45th and last character in the cast of ‘Street Fighter V’ will have a key role in the next Street Fighter project. At the moment, few more details, from the study they summon the players until next summer to know all the news regarding the delivery.

While Excitement builds for next chapter in ‘Street Fighter’ saga And to make the wait even more enjoyable, fans of the series can start celebrating 35 years of the firm’s fighting games with the ‘Capcom Fighting Collection’, an anthology of 10 classics, including the entire series. ‘Darkstalkers’, which incorporates, ‘Darkstalkers: The Night Warriors’, ‘Night Warriors: Darkstalkers’ ‘Revenge, Vampire Savior: The Lord of Vampire’, and the previously Japan-exclusive titles ‘Vampire Hunter 2: Darkstalkers Revenge’ and ‘ Vampire Savior 2: The Lord of Vampire’. The anthology also includes the first ‘Red Earth’ release outside of arcades and joins fan favorites ‘Hyper Street Fighter II: The Anniversary Edition’, ‘Super Puzzle Fighter II Turbo’, ‘Super Gem Fighter Mini Mix’, and ‘Cyberbots: Fullmetal Madness’. These classic findsn Among the most acclaimed fighting games in arcades and have introduced the world to many iconic and beloved characters, from Chun-Li to Morrigan Aensland. Each of the 10 titles in the collection has been reinvigorated with online multiplayer, improvements, and quality of life updates. as we anticipated‘Capcom Fighting Collection’ will be released digitally on June 24, 2022 for PlayStation 4, Xbox One, Nintendo Switch and PC via Steam. The title will also join forces with ‘Street Fighter 30th Anniversary Collection’ a set of 12 classic ‘Street Fighter’ titles with a perfect balance of arcade and ultimate online experience across four of the included titles: ‘Street Fighter II: Hyper Fighting’ , ‘Super Street Fighter II: Turbo’, ‘Street Fighter Alpha 3’ and ‘Street Fighter III: Third Strike’. It will be released digitally on PlayStation 4, Nintendo Switch, Steam, and Xbox One. Now, don’t forget to check out the announcement trailer. “Fight!”

See also  He thrashes Carlos Ríos and his "realfooding" for one of its products: "Mercadona's is better."
Share
Facebook
Twitter
Pinterest
WhatsApp
Previous articleDirect | Alessio Lisci’s press conference after Celta-Levante
Next articleBusinessman and employee go to popular jury for death of teenager in Juazeiro
sonu
sonu is a content writer who had worked on various niches. And served many clients. He is a management student also interested in research and marketing. His hobby is writing, reading and sketching. He is also a good orator.
RELATED ARTICLES
Lifestyle