Angela Ro Ro’s affective relationships with Bahia and the Bahians 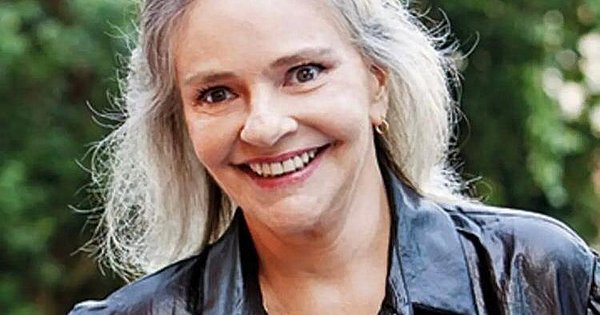 The singer Angela Ro Ro, who performs in Salvador, on April 20th at the Castro Alves Theater, at 9 pm, with a show commemorating her 40 years of career, has a strong connection with Bahia and the Bahians that transcends the musical part. Born Angela Maria Diniz Gonsalves on December 5, 1949 (72 years old) in Rio de Janeiro, she is the daughter of a Bahian Ayenio Diniz Gonsalves (Civil Engineer and Civil Police) and a carioca Conceição. “My cuddle, my affection and my love for Bahia, it all started in the belly of my mother who was impregnated by the blood of a Bahian, a Salvadoran who later came to live in Rio de Janeiro. Before getting to know Bahia up close I met a very serious Bahian, I ended up pulling the baianice, the brejeirice of Bahia that was the Bahia of the serious men of my grandfather Alberico, my father Ayenio and the whole Diniz Gonsalves family (with s)” . The Bahian Ayênio Diniz Gonsalves father of Angela Ro Ro (Photo: Personal Archive of the singer) In the hectic 1970s with the fame of the then hippie village of Arembepe among young people around the world, which brought many people to know Bahia (such as Janis Joplin, Mick Jagger, Jack Nicholson among others ) Angela, before becoming a professional singer (her first album was released in 1979), also came to know what Bahia had. As she explains in a conversation with Baú do Marrom: “The first surprise when I arrived in Salvador at the age of 20 walking with people on the road, hitchhiking, because we were going to spend Carnival in Bahia with a group from Arpoador, I found a street in Porto da Barra, with a name I think he was a doctor, because I think there were many doctors, doctors in architecture and engineering in the Diniz Gonsalves family. I don’t remember the name right. I don’t even know if the street still exists. It was a small street, a little street that went from a square to close to the coast, there in Porto. But I fell in love with the Bahians, with the food. I met Glauber Rocha who was sensational. We went camping with us in Mar Grande, with a pet Glauber Rocha, behind the parish church of a priest who was socialist, incredible and liberal for the time, at a time of dictatorship”. With this tip from Angela, Baú sought out Sedur (Urban Development Secretary) of the Municipality of Salvador, through advisor Bruno Velame who not only confirmed that the street still exists, it is called Eduardo Diniz Gonçalves and is located behind Shopping Barra . to situate. Passing by Perini, there is an entrance that is where it is located. To help, he even sent a map with its location. The only difference that I couldn’t decipher is that the street has Gonçalves written with ç while the one for Angela Ro Ro’s family is with s. Whether there was a change of lyrics or not, this does not change the fraternal relationship that unites the singer-songwriter, author of hits such as Amor meu Grande Amor, Fogueira, Gota de Sangue, Tola foi Você, among others, with Bahia and the Bahians. For example: when she moved to London, at the time when Gilberto Gil and Caetano Veloso were exiled in the 1970s, she recorded playing harmonica on a track on the cult album Transa by Mano Caetano. That years later, she already in Brazil presented her with the song Escândalo that was the name of one of her LPS. But, in addition to the filmmaker Glauber Rocha, whom she has real admiration for and Caetano, Angela reveals that her first passion was Maria Bethânia. Location of Rua Eduardo Diniz Gonçalves (Barra) “Before that I was a fan and I’m still a fan, but I was Maria Bethânia’s groupie. Then Caetano heard about me, heard me sing, thought it was funny. There I also met Piti (already deceased) an exceptional guitarist. He was one of the few from Tropicália who didn’t become famous, who didn’t project himself to success, but I remember him very well playing the guitar, he composed”. The singer’s friendship cycle grew as she continued to explain: “I also met through friends, business and producer friends, Gal, Maria das Graças, daughter of Mariah (Costa Pena) who I met her too. All this I humbly say because it was a great grace in my life. They were very affectionate people, as was her brother Guto Burgos. So I was living a Bahia inside me”. She also doesn’t forget when she received the invitation to record with Bethânia and how her reaction was: “Before releasing my first album, it was already recorded, Bethânia asked another Bahian, Paulinho Lima (currently living in Boipeba) who was my first manager to got me a contract at Polygran. Through him Bethânia became interested in the music Gota de Sangue. She even asked me to play the piano with her in the studio on the Mel album. I was shaking with emotion. This album, which had the song Mel by Waly Salomão (another Bahian who always respected me) and Caetano Veloso, helped me a lot financially in the beginning of my career and my projection. Because Bethânia has always been meticulous. And so it happened and Bahia continues in my life with the Novos Baianos and many others who arrived”. Angela Ro Ro and Caetano Veloso – Languages (Photo from the singer’s personal collection) Angela Ro Ro also remembers the new generation of the show she did with Ivete Sangalo, at Concha Acústica at the invitation of Mônica Sangalo. “Ivete is a name of superior importance in Brazilian music. Especially in the joy she exudes in her undeniable popularity. She is a symbol of Bahia. And she and Mônica welcomed me with great affection.” And as it could not be otherwise, she also had the opportunity to visit Tororó, where there is the famous dam near the Fonte Nova Arena. And she melts when she remembers the place. “I think it’s so cute the Tororó with the orixás) Another important passage of the artist in Bahia was attending the terreiros of Mãe Menininha and Olga de AlaKetu. they threw the shells at me, but I don’t follow any religion. Now, I have only one wish: that Bahia stop suffering from the rains and floods, that people who lost their possessions and their loved ones. And that the authorities pay attention in our Brazil, and Bahia has always been important on the world stage of arts, culture, literature, music.

See also  Mandalorian season 3- what we hope to see happen
Share
Facebook
Twitter
Pinterest
WhatsApp
Previous articleThe best rated Ikea lamp for teleworking
Next articleAndroid 13 Developer Preview 2 has an interface designed for computers
suddz
Sudeshna is an engineering in making but has is keen towards writing blogs, news articles, product reviews and more. You would find her making use of the pen and paper in her free time.
RELATED ARTICLES
Entertainment