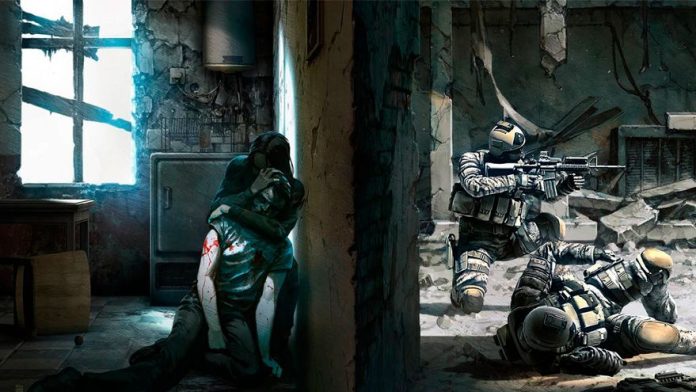 In a statement shared on its social media profiles, the Polish production company 11 bit Studios has announced that all sales derived from the game ‘This War of Mine‘ and its accessories, will go to the Ukrainian Red Cross to help the victims of the clashes that are taking place in the country. “Today, Russian military forces invaded the free country of Ukraine, our neighbors. As the Polish studio and creators of the renowned anti-war game ‘This War of Mine’, we are against russian invasion from Ukraine. […] Over the next seven days, all proceeds from the sale of ‘This War of Mine’ and its DLC across all stores and platforms will go into a special fund. Within a week, this money will be donated to the Ukrainian Red Cross to help those affected by this war,” the statement reads. ‘This War of Mine’ was released in 2014 and is available on PC, PlayStation 4, Xbox One and Nintendo Switch Here you do not play the role of an elite soldier, rather you are part of a group of civilians trying to survive a besieged city; struggling with food and medicine shortages and in constant danger from hostile snipers and scavengers. In this drama with anti-war overtones, the main premise is clear: keep the characters alive. The user is in charge of between three and five survivors who must collaborate to get to see the sun day after day. As in any war conflict, basic needs increase while goods become scarce and become a precious treasure for anyone who breathes and walks. To make matters worse, radical groups rise up in rebellion, the army does not help at all and distrust takes hold of the population automatically turning it into a group of dehumanized people. Under this approach, a story is born and develops that, without specifying anything, says it all.

See also  Zachery Levi Is Thankful Of Not Being A Part Of ‘Guardians Of The Galaxy’
Share
Facebook
Twitter
Pinterest
WhatsApp
Previous articleLa Real passes over Mallorca
Next articleVictory Games in Serie C will be broadcast by Globo
sonu
sonu is a content writer who had worked on various niches. And served many clients. He is a management student also interested in research and marketing. His hobby is writing, reading and sketching. He is also a good orator.
RELATED ARTICLES
Lifestyle