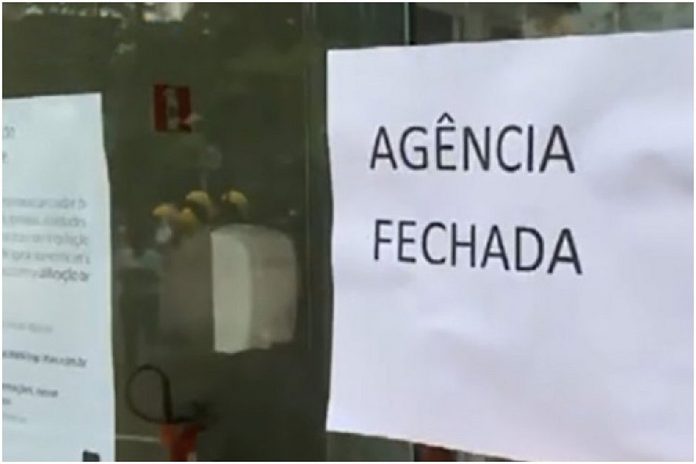 The Bradesco branch located on Rua Marquês de Caravelas, in the Barra neighborhood, in Salvador, has been closed since Wednesday (19) after seven employees tested positive for covid-19. The bank will reopen on Friday (21). This week alone, 36 bank branches closed their doors for the same reason.

The president of the Bank Workers Union, Augusto Vasconcelos, says that last week 50 branches were closed because of the covid-19. “We are charging the bank to forward a test to the entire team at the branches, including security guards and outsourced service providers, but this is not happening in most branches”, he reports.

Vasconcelos explains that the union has demanded that banks follow health protocols to prevent the spread of the disease, but that in most agencies, even if there are confirmed cases of contamination, companies are not sending all employees for testing. “This stance of the most profitable sector of the economy is absurd. The Bank Workers Union has already met with Fenaban and we are waiting for answers to our demands next week”, declares the president.

In addition, Vasconcelos says that he will present a project at the Salvador City Council so that the vaccine passport is required at agencies. “This can reduce the risk of people developing the severe form of the disease. We will continue to defend the health of bank employees, security guards, service providers and customers”, he concludes.

On the 10th, at least thirteen bank branches in Bahia closed their doors due to cases of covid. There were 12 Bradesco units. In Salvador, nine branches of the bank were closed (Center Lapa, Calçada, Itapuã, Nova Comércio, Prime Comércio, Prime Chame-chame, Centro Empresarial Redenção, Barros Reis and Avenida Manoel Dias). In addition, the branches in the Center of Lauro de Freitas, in Ruy Barbosa and in Santo Antônio de Jesus were also closed. The Itaigara unit of Banco Santander had also closed.

Bradesco stated in a note, at the time, that in case of confirmation of an employee with coronavirus, the option is for the temporary closing of the unit to carry out the sanitization process in the building: "This is a preventive measure that aims to avoid the risk of spreading the disease".

Share
Facebook
Twitter
Pinterest
WhatsApp
Previous articleTonga volcano ash cloud seen from space; see photo taken on ISS
Next articleVideo features “Zed”, one of the characters from Endless Dungeon
Admin
Hi, I am Seo expert, an MCU geek, a Star Wars fan, With more than 5 years of experience in the field of entertainment journalism and 28 years of experience in being a movie and TV show geek, I contribute to cuopm.com as its Cheif-Editor. My work here is to provide you with the craftily selected pieces of news from the Entertainment industry so that Pamdemocrat can be your ideal spot for all the latest Hollywood buzz and gossips. Ping me on my email ID below and let's discuss the latest theories and your favorite moments from my favorite TV shows and movies.
RELATED ARTICLES
Entertainment