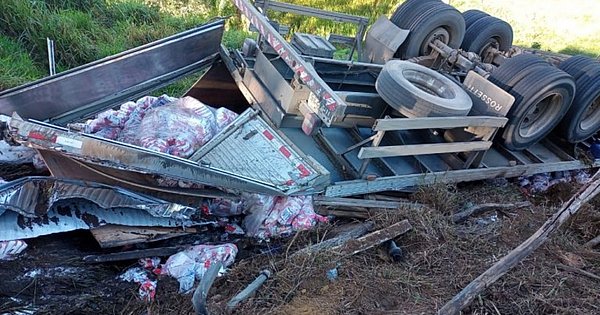 An accident involving a truck at kilometer 16 of BA-641, near the municipality of Barra do Choça, in southwest Bahia, left two dead and one injured this Monday (02). At around 9 am, military police officers from the Independent Road Policing Company of Brumado were called to attend to the accident. When they arrived at the scene, the team isolated the area for Samu teams to work in assisting the victims. There is no information on the health status of the injured person. The military is still at the scene with the incident in progress.

See also  'Don't Look Up' Comedy Thriller Release Date, Plot and Cast
Share
Facebook
Twitter
Pinterest
WhatsApp
Previous articleThe historic extaronja Rebeca Cotano ascends to the LF Endesa with the Hozono Global de Murcia
Next articleThe great designers agree: this is the key to elegance according to Chanel, Dior and Valentino
suddz
Sudeshna is an engineering in making but has is keen towards writing blogs, news articles, product reviews and more. You would find her making use of the pen and paper in her free time.
RELATED ARTICLES
Entertainment