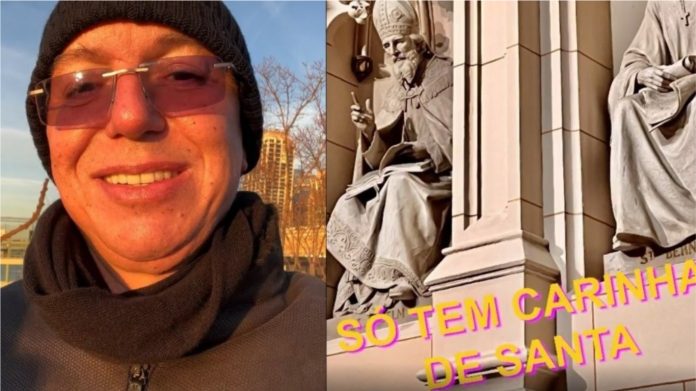 In addition to using codes such as 'Just a Santa's face' and 'I could be on Broadway' to define some participants, he also said that this Sunday's Fantástico show (01/09) would bring more tips.

The premiere of the new edition of the reality is scheduled for January 17th.

Boninho, who is in New York, used images of the city to publicize the new tips. Check below all the codes released by him:

In addition to BBB: Boninho reports that he was persecuted in New York

In addition to divulging new clues about the participants of the new edition of Big Brother Brasil, the director shared with his Instagram followers that he and his family were persecuted in New York. He reported that he was at a restaurant with his wife Ana Furtado and Isabella Oliveira, the couple's daughter, when he was photographed "in secret".

"I was stalked! If I wanted to take a picture, all you had to do was ask. I'll do it with the greatest pleasure", commented Boninho while republishing the images taken by his "stalker".